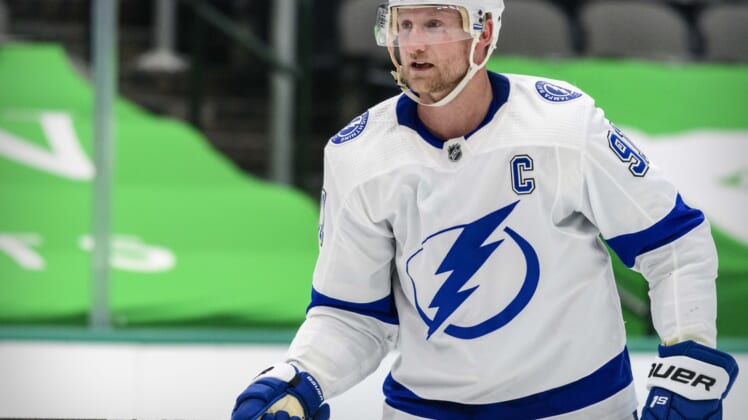 The Tampa Bay Lightning placed captain Steven Stamkos on the long-term injured reserve list because of a lower-body ailment.

The move is retroactive to last Friday.

Stamkos, 31, will miss at least 10 games or 24 days retroactive to his last game. The forward was injured during the third period of the Lightning’s 6-4 win over the Columbus Blue Jackets on April 8.

He would be eligible to return on May 3.

The Lightning did not disclose if Stamkos’ injury is related to the core-muscle issue he endured last season. Stamkos underwent surgery in March and went nearly seven months between games, returning for Game 3 of the Stanley Cup Finals,

Stamkos shares the team lead in goals (17) this season with Brayden Point. His 34 points are five shy of the club lead held by defenseman Victor Hedman.