Tampa Bay Lightning ‘not sure’ Nikita Kucherov can play Game 7

Lightning coach Jon Cooper said he had no new information on Kucherov, who left Game 6 early in the first period after an apparent injury on his first shift.

“I wish I could give you guys lineup answers. I can’t. We’ll have to wait till tonight,” Cooper said, adding that he wasn’t sure if Kucherov could play.

With 41 career playoff goals, including five in the current postseason, Kucherov is the franchise leader. He has been a potent factor for the Lightning after missing the entire regular season with a hip injury.

Kucherov exited Game 6 after 46 seconds of ice time on Wednesday night. He was cross-checked by Islanders defenseman Scott Mayfield. No penalty was called and officials allegedly told Cooper the check wasn’t “malicious.” 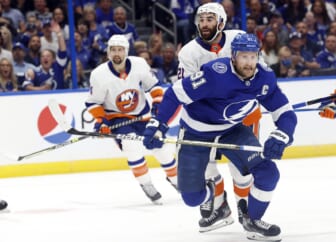 Cooper felt the play warranted a penalty, noting “malicious isn’t in the rulebook.”

The Islanders went on to win 3-2 in overtime at Uniondale, N.Y., forcing Friday’s Game 7 in the semifinal series in Tampa.

Cooper said Thursday that the Lightning would be prepared to play for a spot in the Stanley Cup Final with or without Kucherov.

“If that scenario came about we have to count on the guy we bring into the lineup,” Cooper said. “But other than that every team in the League will tell you: you lose players, you gain players, your lineup changes all the time. Is it ideal when you’re playing in the final four, when you’re playing against the best teams in the League, not to have your full lineup? No, but it opens doors for guys. Look at (Wednesday) night. The game (forward Anthony) Cirelli played, it was phenomenal. You just plug guys in. This isn’t new for us and you move on. If you’re fortunate enough to win the game it makes for one hell of a story.” 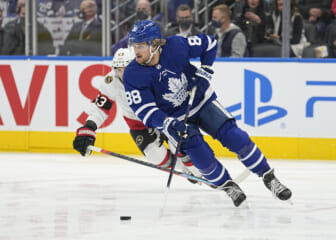