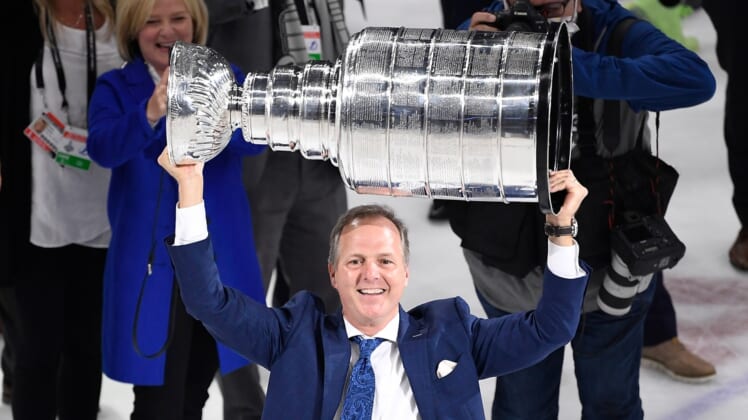 The extension keeps the 54-year-old Cooper behind the Lightning bench through the 2024-25 season.

Cooper opens his 10th season with Tampa Bay on Tuesday night against the visiting Pittsburgh Penguins.

“Unequivocally, Coop is the best person for the job,” general manager Julien BriseBois said in a news release. “He is a great leader, spokesperson and ambassador for our organization. We are lucky to have him as our head coach and I very much look forward to our continued partnership.”

Cooper became the Lightning’s ninth head coach on March 25, 2013, taking over after the dismissal of Guy Boucher. He is now the NHL’s longest-tenured bench boss.

“It has been a tremendous honor to be the head coach of the Tampa Bay Lightning for the past eight-plus seasons and I’m looking forward to having the opportunity to build on what we have here,” Cooper said in the release. “My family and I love the organization and being a part of the Tampa Bay community, it is our home.”/read