Tampa Bay gets back on track with win over White Sox 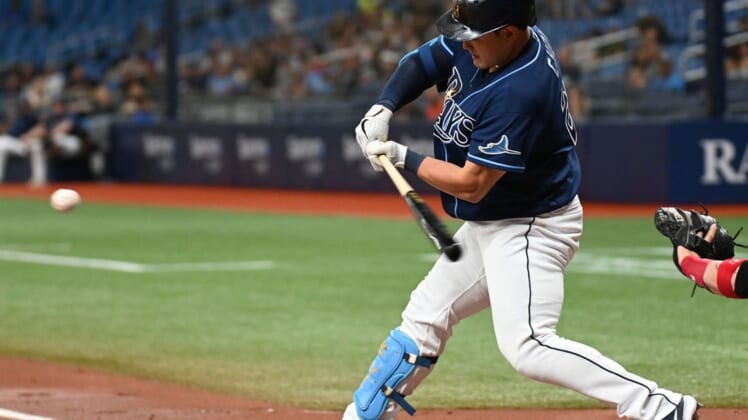 Arozarena’s shot capped a four-run first inning as Tampa Bay’s offense got on track for the first time in over a week. The Rays had been held to a combined 21 runs in their previous eight games.

Yandy Diaz got the Rays rolling with a double off the glove of shortstop Danny Mendick. Diaz advanced to third on a wild pitch as Manuel Margot drew a walk. Diaz then scored on a sacrifice by Ji-Man Choi. Harold Ramirez then singled home Margot and scored on Arozarena’s sixth home run of the season.

McClanahan (6-2) continued his stellar streak on the mound after going 4-0 with a 1.15 ERA in the month of May. McClanahan, who entered the game leading the American League with 81 strikeouts, struck out the side in the first inning and five of his first six outs came via strikeout.

McClanahan allowed two runs on six hits and did not walk a batter. He now has given up 4 runs in his last 5 games. He has allowed three or fewer runs in all 11 starts this season.

Chicago starter Davis Martin (0-2) filled in for Vince Velasquez, who was a last-minute injury scratch after being placed on the injured list with a groin strain. Martin went 5 1/3 innings while giving up four runs (all earned) on five hits and three walks.

Jose Abreu continued to be the bright spot for Chicago’s offense. He hit a solo home run in the sixth inning after extending his hitting streak to 12 games with a single in the second inning as the White Sox lost their fourth straight game.

Chicago’s first run came in the third inning as Leury Garcia, who had singled and advanced to third on singles by Andrew Vaughn and AJ Pollock, scored on a fielder’s choice off the bat of Yoan Moncada.

Choi gave the Rays some cushion with a two-run double in the seventh inning.