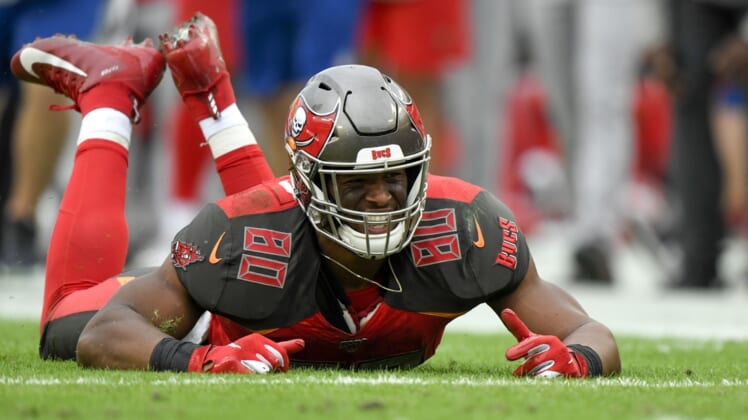 Howard saw his season come to an abrupt end after sustaining a ruptured Achilles tendon in the Buccaneers’ 38-31 victory over the Los Angeles Chargers on Oct. 4.

The 26-year-old Howard had 11 receptions for 146 yards and two touchdowns in four games prior to the injury. He finished his season on injured reserve, marking the third time that he has done so since being selected by Tampa Bay with the 19th overall pick in the 2017 NFL Draft.

“He’s really close,” Arians said of Howard. “He’s not running on the grass yet but he’s really close. The last time I checked it was 85 percent body weight running in ‘AlterG’ (treadmill) and (he) looks fantastic. I don’t see any setbacks. If and when we can get together in this offseason program, he’ll be ready to go.”

“What a huge addition to have him back because he was having a great year,” Arians said. “I think, again, the sky’s the limit for what he can do in this offense.”

Tight end Rob Gronkowski’s 45 receptions last season were tied for third on the team. His 623 yards receiving were also third on the Bucs, while his seven touchdowns were even with Chris Godwin for second behind Mike Evans.