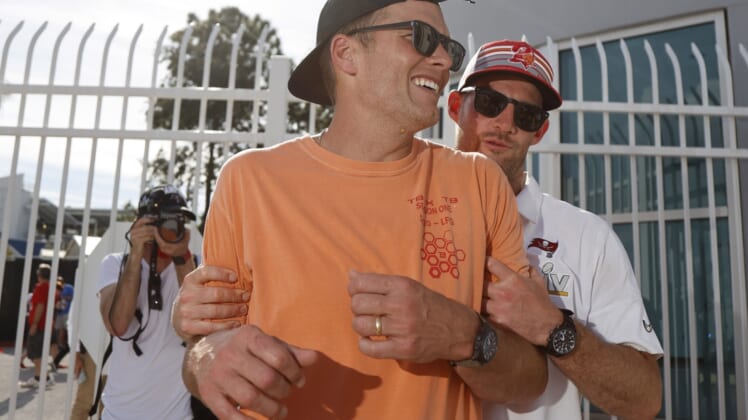 The Tampa Bay Buccaneers have re-signed backup quarterback Ryan Griffin, the only QB on the roster besides Tom Brady.

Griffin, 31, has spent the past six seasons with the Buccaneers, but has been limited to four passes in two games in 2019.

The third QB on the roster last season behind Brady and Blaine Gabbert, Griffin was never activated for a game in the Bucs’ championship-winning season.

Brady, who turns 44 in August, started every game last season and went 11-5.

The Buccaneers claimed Griffin when the New Orleans Saints put him on waivers in 2015.