Even his tested no-risk it, no biscuit mantra has boundaries, Buccaneers coach Bruce Arians knows.

And those limits are being applied to Tampa’s willingness to part with backup running back Ronald Jones before the 4 p.m. ET trade deadline on Tuesday.

Arians said last month it would take a significant offer to pry Jones away from the team. On Tuesday, he said only an “extraordinary” offer would be good enough.

“It would have to be something really, really special. Because I love the way he’s running,” Arians said of Jones. “It’s just one nick on Leonard and then Rojo’s the guy. And so to me, it’s still a great one-two punch. It would have to be extraordinary.” 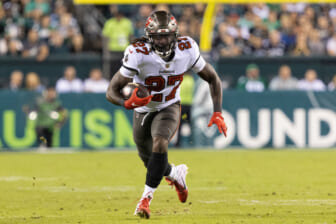 Jones has been linked to teams with needs at the position, including the Baltimore Ravens, Seattle Seahawks and more recently the Tennessee Titans. NFL leading rusher Derrick Henry could miss two months or more with a foot injury that will require Tuesday morning surgery. 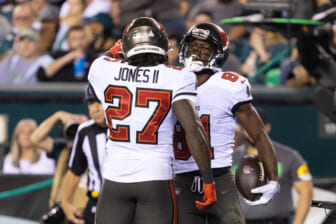 Jones has just 44 carries this season behind Leonard Fournette and his opportunities to fill in on third downs are gone with Giovani Bernard operating as the niche role receiver this season.

A second-round pick in 2018, Jones entered last season as the starter and remained in place until he was derailed by COVID-19. Fournette gained momentum down the stretch and all the way to the Super Bowl.

Arians said last month depth for the 17-game season and any possible playoff games would be critical.