Over the past few days, kicker Ryan Succop as well as offensive linemen Nick Leverett and Earl Watson also were removed from the COVID list.

Suh, 34, has started 147 consecutive regular-season games since the end of the 2011 season. He has never missed a game because of an illness or injury. 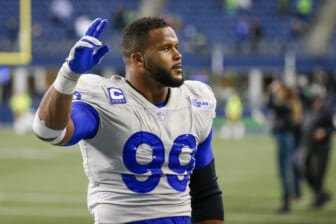 Last season, Suh made 44 tackles and registered six sacks to go along with 19 quarterback hits.

The Super Bowl champion Buccaneers will meet the Dallas Cowboys in Tampa on Thursday. With Suh back, the Buccaneers will have every starter from their championship team on the active roster.

To open a spot for Suh on the 53-man roster, the Buccaneers waived rookie kicker Jose Borregales. An undrafted free agent from the University of Miami, he hit one of two field goal attempts and one of two extra point tries in the preseason.