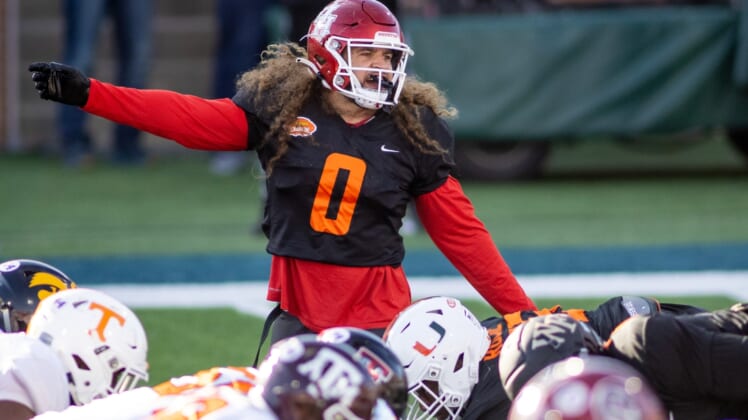 The Tampa Bay Buccaneers selected Houston linebacker Grant Stuard with the 259th and final pick of the 201 NFL Draft, making him this year’s “Mr. Irrelevant” honoree.

Stuard (5-11, 230 pounds) played safety for Houston until moving to linebacker as a senior in 2020. His most productive college season was 2019, when he recorded 97 total tackles, including 9.5 tackles for loss, and four passes defended. In seven games in 2020 he added 61 tackles (five for loss) and a fumble recovery for a touchdown.

Some former Mr. Irrelevant selections active in the league include wide receiver Trey Quinn (selected by Washington, now with the Raiders) and kicker Ryan Succop. Originally drafted with the final pick in 2009 by the Kansas City Chiefs, Succop has played 12 NFL seasons — including 2020 with the Buccaneers, for whom he made a field goal and four extra points in February’s Super Bowl LV victory over his former team.