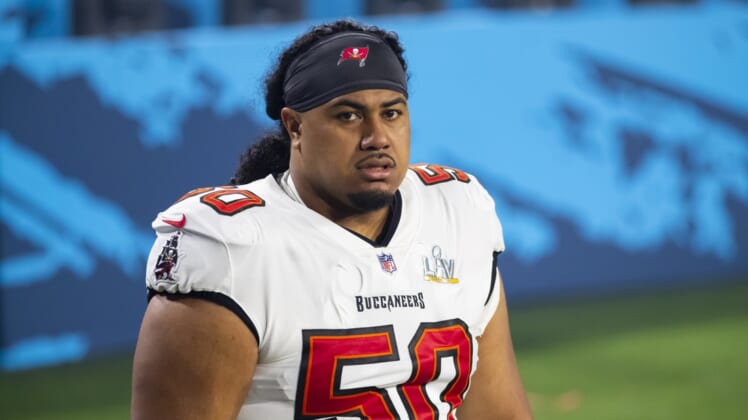 Vea played in just five regular-season games in 2020 after suffering a gruesome right ankle injury in a contest against the Chicago Bears on Oct. 8.

The ankle was badly fractured and the overwhelming belief was that Vea’s season was over. But he returned to play in the NFC Championship Game against the Green Bay Packers and the Super Bowl win over the Kansas City Chiefs.

“He plays a very pivotal role in our defense,” Licht told reporters. “When he’s in there, a lot of things happen, not just for him but everybody else around him. The day that we found out that he was gonna come back and play, it was a very big day for all of us, a very exciting day — coaches, players, scouts, owners, everybody. We were all very excited.”

The Buccaneers have kept all the starters off their championship squad but reserve wideout Antonio Brown remains unsigned. An NFL Network report says the two sides are not close in terms of the money.