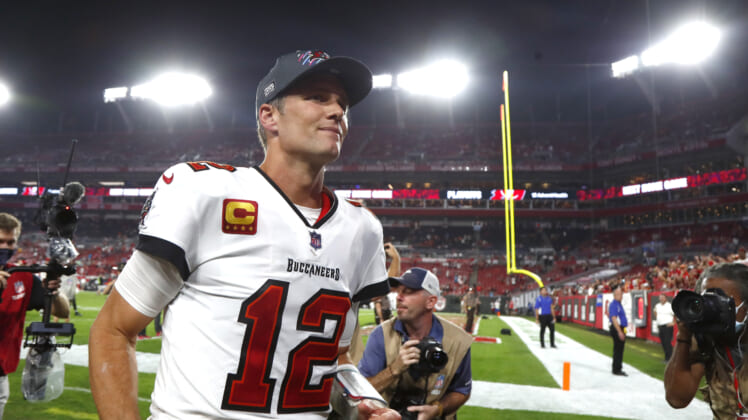 Tom Brady and the Tampa Bay Buccaneers draw massive crowd swherever they play, with football fans flocking to the closest stadium to watch the best player in NFL history. Because of it, we reportedly could see one of the best NFL teams put their talent on display in Germany during the 2022 NFL season.

The NFL International Series returned during the 2021 season after a one-year hiatus due to the COVID-19 pandemic. But the league’s desire to expand across the globe is stronger than ever with the wheels already in motion for more games to be played in different countries next season.

Recently, the NFL announced that it distributed marketing rights in eight foreign countries to 18 different teams. The initiative to grow the game and to increase revenue for the teams began on Jan. 1, but the real impact will come once regular-season games are played overseas.

Germany remains the likeliest country to be a part of the expanded NFL International Series with multiple cities bidding to host a game. While plans aren’t finalized, NBC Sports’ Peter King wrote Monday that the Buccaneers are a candidate to play in Germany next season and while it’s far from probable, there’s a strong case that the NFL will likely be focused on.

The Bucs, Carolina, Kansas City and New England all were awarded rights in Germany, a huge and relatively untapped market for individual teams. I’m hearing each team could play a home game in Germany, one per year, in 2022-25. That’s not set in stone. But Tampa has the sexiest home schedule in football in 2022, with the Bucs hosting the Rams, Seattle, Baltimore, Cincinnati, Green Bay and Kansas City, and assuming Brady returns for a 23rd season at age 45, the attraction of the Bucs versus any of those six or even a division foe would be tremendous for the first NFL regular-season game ever on German soil.

The Buccaneers are already the reigning Super Bowl champions and have a legitimate shot to hoist the Lombardi Trophy once again this year. But even if they fall short, Brady and Rob Gronkowski are two of the biggest stars in football and the faces that the NFL would love to market to a global audience.

With the NFL expected to have five international games next season, it’s a certainty that Germany will host its first NFL game in 2022. After that, it could become a yearly tradition with the most popular sport in the United States expanding its reach even further.