Talks progressing to bring Ben Simmons back to Philly 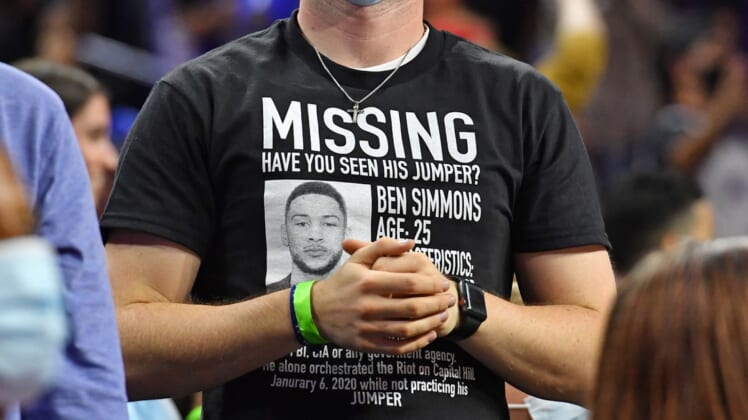 The chances of All-Star guard Ben Simmons returning to Philadelphia have improved in recent days amid ongoing talks between the 76ers and the superstar’s agency, Klutch Sports, ESPN and The Athletic reported Monday.

The Sixers continue to seek out possible trade partners for Simmons, per ESPN. But Klutch CEO Rich Paul and the organization have been working around the clock to hammer out a path for the 6-foot-11 to remain a Sixer.

The reports are the first since the Sixers withheld $8.25 million from Simmons in response to his holdout. Simmons’ contract called for him receiving two payments of $8.25 million before the season gets underway. He received the first payment Aug. 2. The team put the money in escrow, from which they will deduct fines Simmons racks up from his holdout. 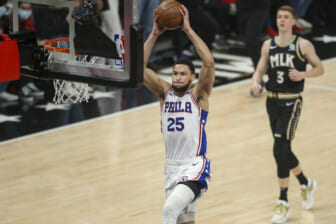 Simmons’ fines are up to $1 million once he misses Monday night’s preseason game against Brooklyn, per ESPN.

Simmons hasn’t talked directly with 76ers’ officials since late August, when he requested a trade and reportedly made it clear he would not play for the team again.

A three-time All-Star, Simmons has averages of 15.9 points, 8.1 rebounds and 7.7 assists per game over his four NBA seasons. The 25-year-old Australian is under contract for four more years after signing a five-year deal worth more than $177 million in 2020.

In last season’s Eastern Conference semifinals against the Hawks, Simmons passed on a wide-open dunk late in Game 7. The 76ers ended up losing to close their season.

Sixers center Joel Embiid said last week that the entire situation involving Simmons heading into the new season was “borderline disrespectful.” At issue for Simmons, in part, is playing with Embiid, per reports.

The Sixers open the regular season Oct. 20 at New Orleans.