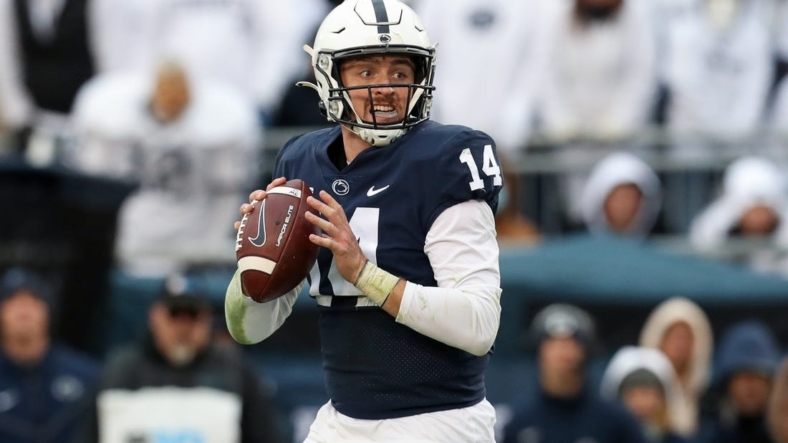 The college football season gets rolling in earnest with four ranked teams and more than a dozen Power 5 programs in action during the first 48 hours of September.

It serves as a prelude to a jam-packed Saturday — and as an opportunity for the public to whet their whistle on the betting action.

Five interesting trends sportsbooks are reporting ahead of games on Sept. 1-2:

5. Backyard Brawl is Back
Pittsburgh will kick off the post-Kenny Pickett era by resuming its rivalry against West Virginia. The unfriendly neighbors haven’t played since 2011 and will both be debuting former Southern Cal quarterbacks: Kedon Slovis for Pitt and well-traveled JT Daniels for West Virginia.

The Panthers are a 7.5-point favorite at home, which is drawing fairly split action. The Mountaineers’ spread line has been backed by a small margin at 51 percent of the bets and 54 percent of the handle at DraftKings. However, Pitt is being supported by 55 percent of the action in both markets at BetRivers, with the matchup leading with 20.9 percent of the money wagered on the slate of games spanning Thursday and Friday.

Pittsburgh’s -305 moneyline has drawn the most money wagered on a single bet for Sept. 1-2 games while its spread line has garnered the second highest handle.

4. The Colonel Calling
Double-digit underdogs are dominating the biggest spread handles, but the most popular choice at BetRivers has been bucking that trend. Eastern Kentucky has drawn 99.5 percent of the spread handle as a 13.5-point underdog at Eastern Michigan.

Perhaps it can be chalked up to a handful of eager Colonels backers. The total number of spread line bets made actually favors Eastern Michigan with 54.55 percent.

3. Ride a Cowboy
The highest-ranked team in action over the first two days of action this week is No. 12 Oklahoma State at home against Central Michigan. The Cowboys have received one-sided action with 75 percent of the spread-line bets at DraftKings backing them at -21.5. Oklahoma State’s -1500 moneyline also hasn’t dissuaded bettors, who have backed it with 93 percent of the bets and 81 percent of the handle.

The Cowboys have also been popular at BetRivers, where their 12-point spread has been the third-most popular handle bet (88 percent) and their -2500 moneyline the fourth (97 percent).

2. All Hail Sparty
No. 15 Michigan State will kick off Friday’s action at home against Western Michigan. The Spartans are 23-point favorites at DraftKings and 23.5 at BetRivers, where it has been the fourth-most wagered game with 8.7 percent of the total bets placed on Thursday/Friday games.

Michigan State’s spread line has been the fifth-most popular bet at BetRivers with 81.2 percent of the action.

The in-state rivalry sees the Chippewas visiting East Lansing while breaking in a new quarterback. However, they do have a backfield duo that features former Michigan State running back La’Darius Jefferson and fellow returnee Sean Tyler, who combined for nearly 2,000 rushing yards and 19 touchdowns last year.

1. Unranked but Not Unloved
Among the smallest lines between Power 5 opponents this week is Penn State favored by 3.5 points at Purdue. Both proud Big Ten programs enter the season unranked.

The Nittany Lions are trying to rebound from a disappointing freefall that left them 7-6 last year while the Boilermakers are coming off a 9-4 campaign.

Penn State has dominated the series with a 15-3-1 record. However, Purdue does feature a high-powered offense led by quarterback Aidan O’Connell and transfer wide receiver Charlie Jones, a childhood friend from Chicago.