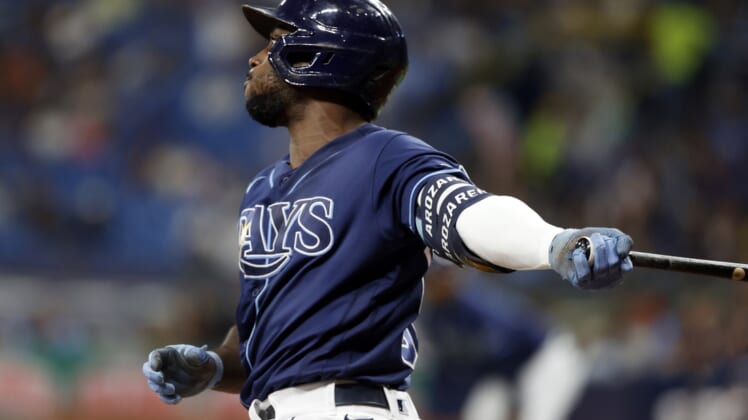 You will see aggressive hitting in these playoffs with the “three true outcome” (homer, walk, strikeout) mentality leading the way.

The Rays and Red Sox also can hit homers in bunches, so expect to the teams to coming out swinging in their ALDS.

Dansby Swanson and Austin Riley combined for 335 strikeouts for the Atlanta Braves, who will swing at a lot of first pitches in their NLDS against the Milwaukee Brewers.

Jose Abreu and Yoan Moncada combined to fan 300 times for the Chicago White Sox this season. They will lead a power-driven offense against the Houston Astros in their ALDS.

The Giants led the NL in home runs, and the Dodgers were third.

No cheating is necessary

You won’t hear a cacophony of trash-can drumming when the Astros face the White Sox. Houston doesn’t need to steal signs and tip off hitters to build big innings.

Besides, White Sox manager Tony La Russa will keep a close watch on them …

Way back when, Dusty Baker was a trusted veteran player on the La Russa-managed Oakland A’s in 1986. He later followed La Russa’s lead to embark on a highly successful managerial career.

Both men are famously feisty. Both protect their players. La Russa and Baker have had some epic run-ins over the years, while La Russa managed the Cardinals and Baker led the Giants, Chicago Cubs and Cincinnati Reds.

They really got after each other during a 2010 Cardinals-Reds brawl — and hard feelings lingered for years after that.

Now La Russa, who turned 77 on Monday, will guide the White Sox against Baker, 72, and his Astros. There were no issues between these AARP-eligible skippers during the regular season, but the stakes are raised in October.

If you love starting pitching, the Braves-Brewers series is for you.

Both teams have dominant left-handed closers — Josh Hader for the Brewers, Will Smith for the Braves — but both also suffered some September adventures getting to the ninth inning.

Dodgers manager Dave Roberts emptied his deep bench and flexed his bullpen to get his team past the Cardinals. The Giants are equipped to match that maneuvering and then some.

The NLDS showdown between 107-win and 106-win rivals should be special.

Gabe Kapler’s deep San Francisco bullpen led the majors with a 2.99 ERA. The Giants had six relievers make 57 or more appearances while recording sub-3.00 ERAs. And that doesn’t count Camilo Doval, who went 5-1 with three saves and 37 strikeouts in 27 innings.

But Roberts has a great bullpen, too, and arguably the better rotation despite Clayton Kershaw’s injury. Let the machinations begin.