Plenty of high-end talent will be in play this week as baseball’s July 30 trade deadline nears.

Here are five trades that could make this playoff race even more entertaining:

Bryant has reigned as the Player Most Likely to Be Traded all season. The Chicago Cubs are undergoing a roster overhaul, so he and his expiring contract should depart during the coming days.

The New York Mets scouted the weekend series between the Cubs and Arizona Diamondbacks. Bryant went 3-for-9 with a two-run homer, a triple and three walks while looking more like his old MVP self.

The Mets are prioritizing pitching, especially after David Peterson suffered a broken foot while still recovering from an oblique strain. But the versatile Bryant could bolster the Mets offense while playing third base and rotating through the outfield. 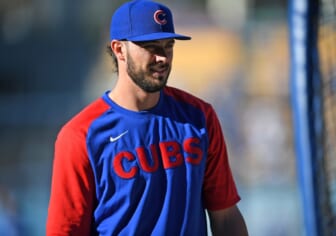 The Philadelphia Phillies could also use Bryant at the hot corner, so the Mets have an opportunity to get stronger while also blocking an immediate rival.

The Oakland A’s have the most pressing need at the position, since Elvis Andrus has struggled offensively and defensively. The Mets have a short-term need with Francisco Lindor hurt. 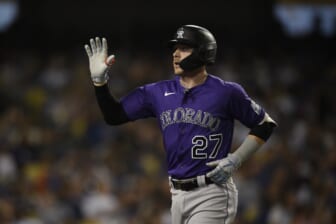 But the New York Yankees remain a Fully Operational Death Star, as general manager Brian Cashman would say, so they should swoop in.

With first baseman Luke Voit back on the injured list, the Yankees could plug Story in at shortstop while sliding Gleyber Torres to second base and bumping DJ LeMahieu to first.

Story has delivered subpar production during the walk year of his contract, but he could improve the Yankees defensively while also adding offensive heft.

The Washington Nationals just got swept by Baltimore Orioles to fall eight games under .500, so they may finally surrender.

Starting pitcher Max Scherzer can veto any trade, but he may welcome the chance to pitch for a contender – even if he can’t leverage his power into a contract extension.

The San Diego Padres would offer an opportunity to pitch meaningful games down the stretch. They will need a stronger rotation to overtake the Los Angeles Dodgers and San Francisco Giants for the NL West title.

They could block Dodgers from landing Scherzer, which would provide added value. And if the Padres end up settling for a wild card berth, they would have an appealing option for the do-or-die assignment

Craig Kimbrel to the Philadelphia Phillies

Since Kimbrel comes with $16 million club option for next season, he could become more than a rental reliever for the winning bidder. That could drive up the trade price – but Phillies president of baseball operations Dave Dombrowski isn’t afraid to make blockbuster moves. 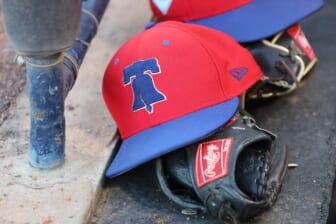 Dombrowski promises to be active ahead of the deadline. The remaining Phillies schedule looks very manageable, so they are going for it.

Given Rizzo’s advancing age (32 in August), recurring back trouble and declining production during the past two seasons, the retooling Cubs should allocate his dollars elsewhere starting next year.

Sending Rizzo and his expiring contract to the Boston Red Sox would add horsepower to the American League East chase. Red Sox first baseman Bobby Dalbec has produced a negative WAR rating this season and Rizzo could enjoy a fresh start at Fenway Park. 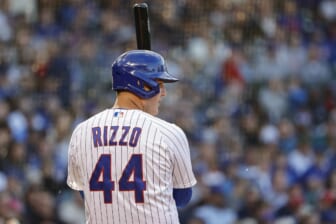 Rizzo boosted his trade stock against the Diamondbacks over the weekend, going 4-for-10 with a double, a homer and four runs scored. The Red Sox drafted Rizzo back in 2007, so this trade would complete the circle.