Taiwanese baseball team to use robot fans for upcoming season 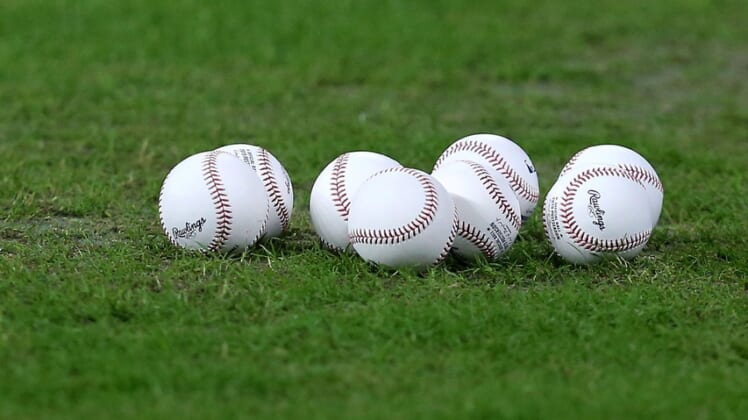 The COVID-19 pandemic has brought many professional sports across the world to a stop. Now, as MLB is just beginning to make a plan for a 2020 season without fans, a Taiwan-based baseball team has found a way to bring some energy to an empty stadium.

The Rakuten Monkeys, who play in the Chinese Professional Baseball League, will start their season on Saturday. Facing the reality of playing in empty stadiums, the team decided it will put robot mannequins in the stands dressed in the team’s colors.

It’s not the first time this has been done in baseball, either. In 2014, the Hanwha Eagles created a section of robot fans with the ability to hold signs, do the wave and cheer. The Eagles, a Korean-based team, allowed fans to customize the signs and the faces on the robots.

Pro athletes have talked about how odd it would feel to play in a large stadium that was entirely quiet. Fortunately, the Monkeys have found a way to provide some life to their stadium and recreate the energy that fans would normally bring.

It’s unlikely we’ll see MLB give this consideration as part of their plan for a potential return in May. But, it also wouldn’t be the worst idea if they found a way to make it happen.