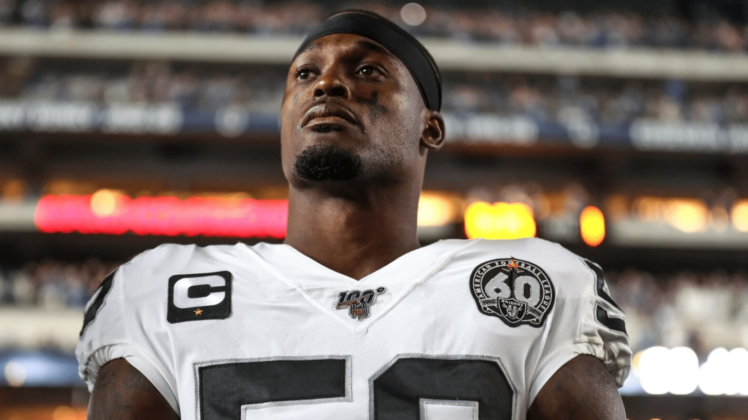 Veteran linebacker Tahir Whitehead has been released after two seasons with the Raiders.

The Las Vegas Raiders announced today they had released veteran linebacker Tahir Whitehead. Originally signed prior to the 2018 season, Whitehead started in all 32 games, compiling back-to-back 100-plus-tackle campaigns, leading the team in both seasons.

Ultimately though, his inability to bolster the Raiders pass rush was his undoing. According to Associated Press writer Josh Dubow, Tahir Whitehead played the most NFL snaps of any linebacker without a sack.

Whitehead was a vocal leader on a defense that ranked near the bottom of the league rankings.

The Raiders are expected to go heavily into free agency and the 2020 NFL Draft to build their beyond thin linebacking corps.

The team co-captain in 2019, Tahir Whitehead was named the team’s nominee for the NFL Walter Payton Man of the Year award.