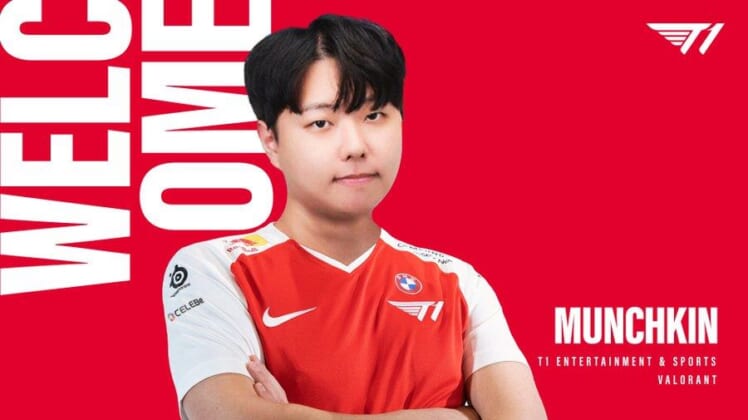 T1 announced the signing of South Korean Byeon “Munchkin” Sang-beom as it continues to overhaul its Valorant roster.

Munchkin, 24, comes to T1 from Crazy Raccoon, the Japanese team he had been serving as the in-game leader for since January 2021 after beginning his Valorant career with Cloud9 Korea. He helped lead Crazy Raccoon to the year-end Valorant Champions, where they were eliminated in the group stage.

Munchkin transitioned to Valorant after playing for the Seoul Dynasty and Boston Uprising in the Overwatch League.

YOU THOUGHT WE WERE DONE??!?!@MUNCHKING_: Professional VALORANT for T1.