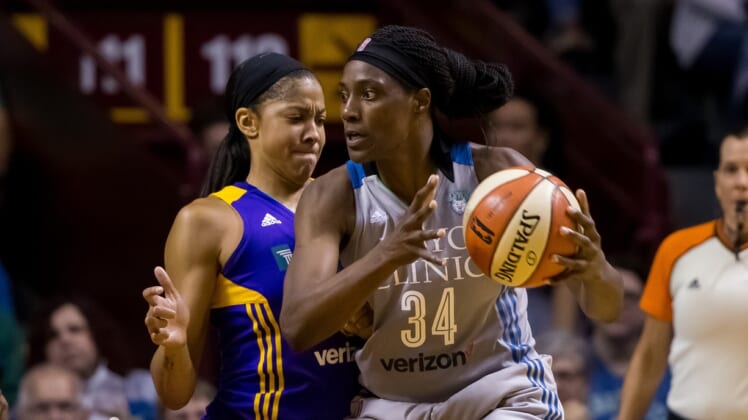 After losing their first two games against the Seattle Storm, the Minnesota Lynx avoided a sweep picking up a 76-70 home victory thanks to a historic performance from All-Star center Sylvia Fowles.

The win snaps a two-game losing streak for the Lynx improving to 15-9 on the season including winning 10 of their last 12 games. They are currently in fourth place in the WNBA standings one game ahead of the Phoenix Mercury.

The Seattle Storm drop to 18-8 following the loss. The Storm came into this game as the first team to clinch a playoff spot looking to inch closer to securing a top two seed in the standings.

Sylvia Fowles put up an absolutely incredible game for the Lynx finishing with 29 points, 20 rebounds, four steals and three blocks. She is the first player in WNBA history to put up these numbers in a game.

This is not the first time Fowles has put up a one-of-one performance in a game this season doing so in a matchup against the Las Vegas Aces on June 25. She finished with 30 points, 14 rebounds, four assists, four steals and four blocks.

On Seattle’s side, Breanna Stewart led the Storm with 18 points, 16 rebounds and three blocks. Jewell Loyd scored 15 points followed by Sue Bird who had 10 points and seven assists.

By the end of the first half, Fowles already recorded 19 points and 13 rebounds with the Lynx leading 40-33. This included scoring 10 of the Lynx’s 15 points in the second quarter. 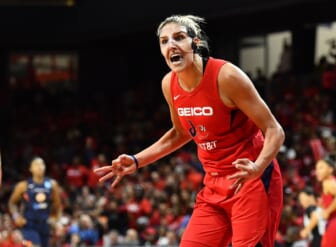 The Storm did not lead at any point in the game but did come close in the second half going on extended scoring runs in the third and fourth to cut the Lynx lead to one point.

The Lynx will be back in action August 31 when they play the New York Liberty at home. Meanwhile, the Storm will look to get back in the win column on Friday when begin a back-to-back series of games against the Chicago Sky.