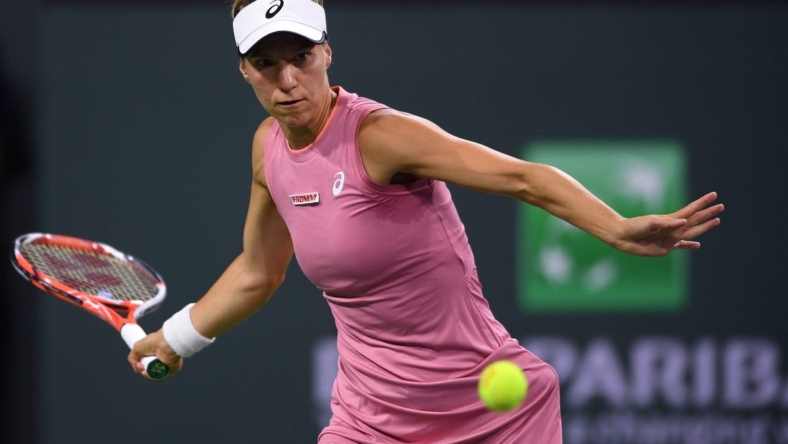 Viktorija Golubic and Belinda Bencic won singles matches to lead Switzerland to a 2-0 win over the Czech Republic in Glasgow, Scotland, on Saturday to reach the Billie Jean King Cup final for the second straight year.

Switzerland will face Australia, which defeated Great Britain 2-1 in the other semifinal. Australia has won seven titles but the most recent was in 1974.

Switzerland lost to the Russian Tennis Federation last season and has never won the crown. This marks the country’s third time reaching the final.

Golubic got the Swiss started with a 6-4, 6-4 win over Karolina Muchova and Bencic followed with the clinching 6-2, 7-6 (6) victory over Karolina Pliskova.

“I’m feeling pretty happy and relieved, and so happy to be in the final again,” Bencic said. “It’s an amazing achievement after last year to be able to prove it again.”

“That was amazing,” Sanders said of her singles win. “Heather is a really, really good player and playing in front of a home crowd means it was going to be a tough ask for us. … I’m super happy with my performance today.”