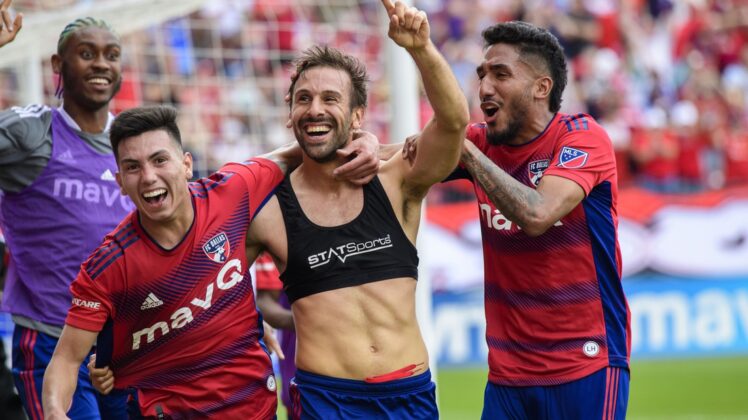 FC Dallas will strive to stretch its MLS-best unbeaten streak to seven matches when they visit Sporting Kansas City on Saturday night at Kansas City, Kan.

FC Dallas is 4-0-2 during the surprising good run that has the team sitting in fourth place in the Western Conference.

But Dallas has been doing most of its damage at home. The club is just 0-1-2 on the road and has yet to score a goal.

Coach Nico Estevez is expecting another tight match despite the fact Sporting Kansas City (2-6-1, 7 points) is off to a poor start.

“They’re an intense team and they have a good atmosphere in their stadium,” Estevez said. “They are aggressive — defending and attacking.”

Sporting KC have been outscored 14-6 this season but the defense was stellar in last Saturday’s scoreless tie with the visiting Columbus Crew.

“We didn’t get the result we wanted but we’ll take the point,” Sporting defender Kortne Ford said.

Sporting KC are winless over its last four matches (0-3-1) and will look to get the offensive attack moving.

Forward Johnny Russell has excelled against FC Dallas with five goals and one assist in nine career matchups. He has been dealing with a calf injury but played the entire game against Columbus.

Russell has just one goal in eight matches this season. Last year, he scored 15 goals, his best output since joining Sporting KC prior to the 2018 season.

FC Dallas are led by forward Jesus Ferreira, who is tied for third in the league with five goals, one behind co-leaders Sebastian Driussi of Austin FC and Jesus Jimenez of Toronto FC.

Dallas rallied to a 2-1 home win over the Houston Dynamo last Saturday as Tsiki Ntsabeleng scored the tying goal in the 87th minute and fellow midfielder Facundo Quignon recorded the winner in the third minute of second-half stoppage time.

“It’s a good result,” Quignon said afterward. “Now, this week we can put a lot of energy to get a win away.”