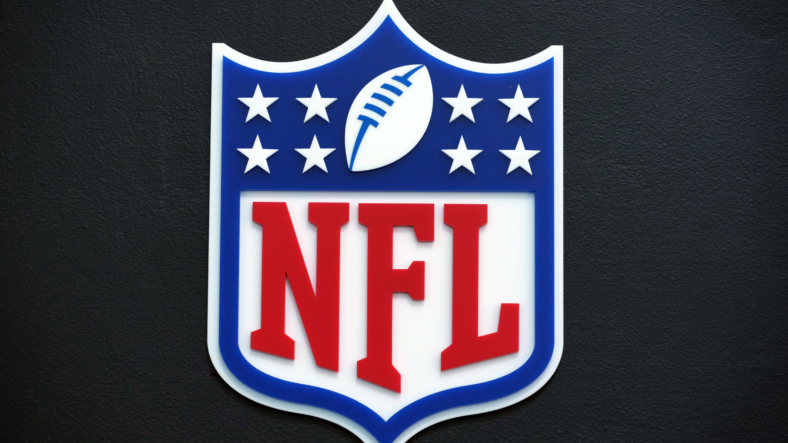 The NFL preseason has come to a conclusion, which means teams are working the numbers, figuring out which players will stay, and which will go. With rosters currently at 80 players, needing to get down to 53 by Tuesday at 4 PM ET, we’ll see over 850 players released from their contracts. Like always, there’s bound to be some surprise NFL cuts around the league.

We tried to pick out nine players who could find themselves looking for a new team before the regular season gets underway.

Jimmy Garoppolo qualifies as one of many potential surprise NFL cuts

The San Francisco 49ers want us all to believe they’re not afraid to carry Jimmy Garoppolo and his $24.2 salary on their payroll in 2022 despite keeping him out of practice all offseason. If the 49ers don’t release Garoppolo by Sept. 10, his salary becomes fully guaranteed for the season.

He’s certainly a top-20 starting quarterback in the NFL, but head coach Kyle Shanahan believes Trey Lance has an even higher ceiling, which means they’re not turning back to Jimmy G. After undergoing shoulder surgery over the offseason, it appeared teams are hesitant to trade for Garoppolo, yet that could easily just be part of the game. Teams know the 49ers have no future plans for their former QB, and could be waiting for this exact time period, hoping Jimmy G is just released, and free to sign for their own negotiated rate.

We should reach a conclusion to the Garoppolo situation either in the next few days, or in the next two weeks. News should be coming soon.

The Dolphins brought in Miami native Teddy Bridgewater this offseason to add a backup QB with a high floor to their depth chart. He may not be pushing Tua Tagovailoa for the starting gig, but his veteran presence likely can help the 24-year-old QB.

But then Skylar Thompson had to go and ruin everything. The seventh-round rookie QB completed 75% of his passes for 450 passing yards and five touchdowns in three preseason games. He blew way past all expectations for a first-year pro who saw 246 players selected ahead of him just four months ago.

Unfortunately Teddy B’s $6.5 million salary is fully guaranteed, which means he’s unlikely to be cut, but a trade could be on the table. Cleveland, Seattle, and the Jets come to mind as potential landing spots, but there are several teams who would likely covet Bridgewater’s veteran acumen.

Yeah, I know, he’s currently projected to be New York’s starting QB in Week 1 of the regular season, but that was before his pathetic Week 3 preseason performance against the Giants. Last week we heard about Flacco being “on fire” since regaining QB1 duties, but Zach Wilson‘s knee injury won’t keep him out long, and it’s still a possibility he’s back in time for their Sept. 11 opener.

The Jets also like Mike White, and Chris Streveler has put forth a few gutsy performances in exhibition play, he may have earned one of the final roster spots for Gang Green. Wilson hasn’t been ruled out for Week 1 just yet, and if somehow makes it back in time, or is at least on track, Flacco’s roster spot may not be safe.

The second former Super Bowl-winning QB to make this list, Nick Foles landed softly in Indianapolis after requesting his release from the Bears this offseason. It reunites him with Frank Reich from their Philly days, but Foles may feel his seat getting warm.

Second-year pro Sam Ehlinger has come on strongly during preseason play, looking like he may be a viable backup right now. The Colts may not have expected this development when they added Foles, but Ehlinger’s play has been tough to ignore.

It’s the second consecutive preseason where Ehlinger has been a standout, but completing 82% of his passes? That’s nuts. He also tossed four touchdowns and didn’t turn the ball over once. Still just 23, Ehlinger may be ready for action sooner than the Colts anticipated.

When Ronald Jones signed with the Kansas City Chiefs after four years with the Buccaneers, many expected him to have a big role complementing Clyde Edwards-Helaire. That’s not what’s happened so far. Instead, it’s been seventh-round rookie Isiah Pacheco who’s stood out, donning Tyreek Hill’s old No. 10 jersey. The Chiefs also have Jerick McKinnon on the roster to provide depth.

Jones had just 12 carries this preseason, with a fair average of four yards per carry, but it’s possible the Chiefs would prefer to stick with the CEH, Pacheco, and McKinnon backfield in 2022. Jones signed a one-year contract worth a maximum of $1.5 million this offseason, so moving on would be relatively easy. They guaranteed $250K to Jones, and that’s all the Chiefs would be on the hook for if he’s let go.

Marlon Mack may have signed with the Houston Texans this offseason, hoping to easily secure the starting running back role for Lovie Smith’s squad. But then Dameon Pierce entered the chat. This fourth-round rookie could be in line to steal Mack’s starting gig even though he’s never played an NFL snap.

We’ll see how the Texans head into the season. They might prefer to keep their current three-headed trio, consisting of Pierce, Mack and Rex Burkhead, but if there’s one player who’s role is undefined, it’s Mack’s. Burkhead may be slated for third-down duties, and if Pierce is the leading rusher, where does that leave Mack? Possibly on the chopping block.

It’s always a surprise when a former first-round pick gets cut, especially when they’re still on their rookie contract as Clelin Ferrell is. But for anyone who’s watched Ferrell since entering the league as the fourth overall pick in 2019 won’t be surprised of Ferrell is a member of a different team once Week 1 rolls around.

Since his selection, the Raiders have added two Pro Bowl pass rushers, in Maxx Crosby and Chandler Jones. Would they like Ferrell to remain in a rotational role, hoping he can provide some value? Sure, but they also don’t have to keep him anymore simply because they don’t have a better option. Totaling eight sacks in three seasons just won’t cut it, Ferrell and the Raiders know this.

Here we have a similar situation to Ferrell’s. The Seattle Seahawks made L.J. Collier the 29th overall pick in 2019, and he’s started just 16 games since, totalling three sacks. Veteran defensive end Shelby Harris came over in the Russell Wilson trade, which means Collier will once again be riding pine as he enters his fourth NFL season. While coach Pete Carroll loves him some competition, Collier sitting on the bench isn’t ideal for anyone.

Collier suffered an early injury in training camp and wasn’t able to play any snaps in the preseason. It’s possible the Seahawks are just ready to move on at this point. Yet, he may not even be healthy enough to join a new team, as his timeline to return is unknown.

There was a time when Atlanta Falcons linebacker Deion Jones looked to be one of the game’s best at his position. He’s fallen far from that status since reaching the Pro Bowl in his second NFL season in 2017. Now he doesn’t even appear in line to start. Rashaan Evans and Troy Andersen’s arrivals could help spell the end of Jones’s Falcons career.

Complicating matters is his contract. Cutting Jones outright would leave behind $18.9 million in dead money on Atlanta’s books. While they’re not expected to be overly competitive in 2022, that’s just too much to deal with. Finding a trade partner for his bloated contract may not be easy either. It’s possibly Jones sticks on the roster one more year, with moving on in 2023 the better option, as they would only incur a $5 million penalty.