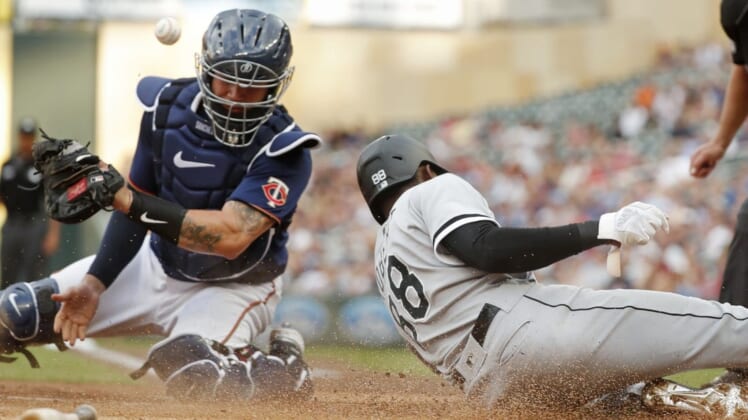 Adam Engel hit a three-run home run and Tim Anderson belted a solo shot to lead the Chicago White Sox to a 6-2 victory over the Minnesota Twins on Friday night in Minneapolis.

Michael Kopech (3-6) picked up his first win in seven starts, grinding his way through five innings and allowing two runs on five hits. He walked four and struck out two.

Alex Kirilloff had a two-run double and Byron Buxton went 2-for-3 with a walk and a run for Minnesota. Emilio Pagan (3-4), the second of six Twins pitchers, took the loss allowing Anderson’s go-ahead homer during his lone inning. Minnesota lost for the sixth time in eight games.

Chicago jumped out to a 2-0 lead in the first inning, loading the bases with one out against starter Devin Smeltzer with a single by Moncada followed by back-to-back walks by Luis Robert and Jose Abreu. Vaughn then grounded a single to left to drive in Moncada and Robert.

The Twins tied it in the bottom half of the inning on Kirilloff’s two-run, bases-loaded double off the right field wall. The hit drove in Carlos Correa and Byron Buxton, who had both singled.

Anderson put the White Sox back in front, 3-2, in the fourth with his sixth homer of the season. The 411-foot drive into the bullpen in left-center just cleared the glove of center field Nick Gordon.

Engel, who entered the game in the second inning for when Robert exited after feeling lightheaded, extended the lead to 6-2 with his second homer of the season. The shot into the flower bed in left field knocked in Anderson, who had singled, and Moncada, who had walked.