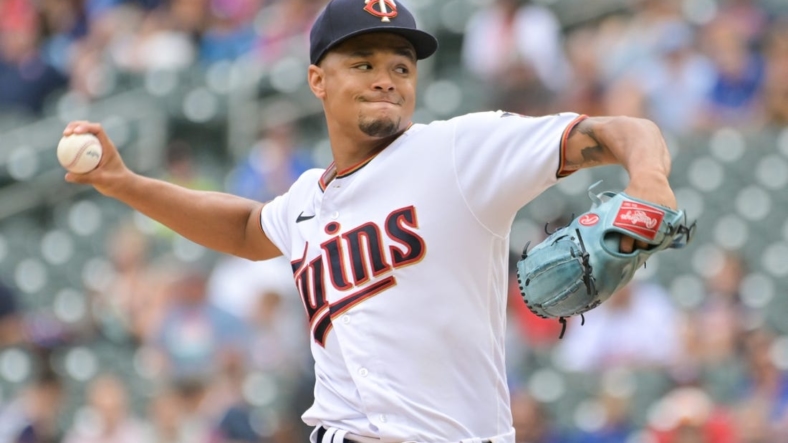 A recent six-game losing streak left the Minnesota Twins just one game over .500 mark and damaged their quest for an American League Central title.

Minnesota’s response was a winning streak built against sub-.500 teams. The Twins will seek their fifth straight victory on Tuesday night when they oppose the Boston Red Sox in the middle game of a three-game series at Minneapolis.

A week ago, Minnesota followed up three straight home losses to the Texas Rangers by getting swept in a three-game series at Houston. The skid saw the Twins fall four games behind the Cleveland Guardians in the AL Central.

Now the Twins head into Tuesday trailing Cleveland by 1 1/2 games, though their rooting interest may be conflicted. Cleveland is hosting the Baltimore Orioles, who are one game ahead of Minnesota and two games behind the Toronto Blue Jays for the third and final AL wild-card spot.

Minnesota’s position has improved since its 6-3 loss to the Astros on Thursday because it has outscored opponents 24-7 over the past four games. After completing a three-game sweep of the visiting San Francisco Giants, the Twins opened the Boston series with a 4-2 victory on Monday thanks to a key hit from Gio Urshela and a big night from their relievers.

Urshela, who is batting .289 (26-for-90) since the All-Star break, delivered a bases-clearing double with two outs and two strikes in the fifth inning to put the Twins up 4-2. Four Minnesota relievers combined to hold the Red Sox to one hit and no runs over the final 4 1/3 innings.

“There’s a lot of ups and downs during the season, especially with us,” Urshela said. “We’ve been in first place and then second place. We’re just trying to keep focused every day we come to the stadium. Now, we’re playing good.”

On Monday, the Red Sox got RBI doubles from Alex Verdugo and Reese McGuire but went 2-for-10 with runners in scoring position. Boston also saw continued struggles from Rafael Devers, who is 0-for-13 in the last three games and is hitting .180 (18-for-100) in 25 games since the All-Star break.

“When people watch that, it’s our team and we haven’t been good at it baserunning-wise, defensively, mental lapses and it’s something that we keep preaching, we keep talking,” Red Sox manager Alex Cora said. “At one point, we’ve got to get it right.”

Archer last pitched Thursday at Houston, when he allowed five runs on eight hits in four innings. Minnesota has dropped his past eight starts, and he is 0-4 with a 6.35 ERA in that span.

The right-hander is 1-2 with a 7.46 ERA in his five starts this month after pitching to a 2.57 ERA in five appearances (four starts) last month. Crawford has faced the Twins just once, when he allowed four runs in 1 2/3 innings on April 18 in Boston.