Surging Fire hope to add to run of success vs. Atlanta United 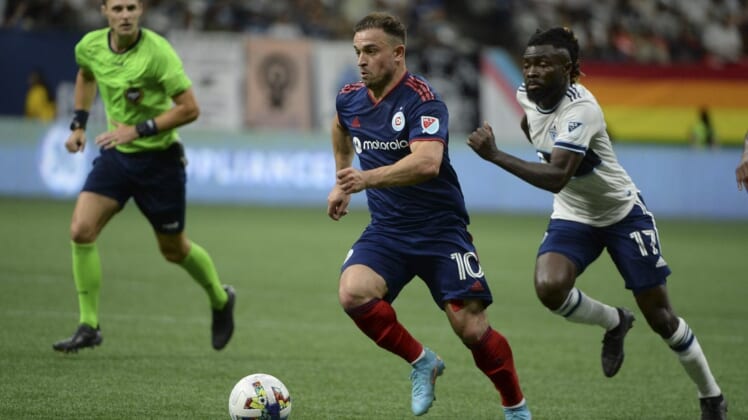 The Chicago Fire look to continue their surge up the Eastern Conference table on Saturday when they host struggling Atlanta United.

Sparked by two goals apiece from teenage forward Jhon Duran and veteran center back Raphael Czichos, Chicago (7-10-5, 26 points) has won three in a row to climb up to ninth in the East.

It’s the Fire’s highest position since late April and takes them within two points of the seventh and final playoff spot. Maybe more impressively for first-year coach Ezra Hendrickson’s squad, the streak immediately followed a 3-2 home loss to Columbus in which the Fire gave back a 2-0 lead late.

“When I look at what transpired in the Columbus game and how the team was able to respond since, you know, that to me shows a lot of growth in the team,” Hendrickson said this week.

Kacper Przybylko has only three in his first season with Chicago after hitting double digits twice in three seasons in Philadelphia. He missed the last two games due to injury but is off the injury report ahead of Saturday’s clash.

Atlanta (6-9-6, 24 points) needs its own win streak to meet lofty expectations at a club that has won an MLS Cup and U.S. Open Cup title in its first five seasons.

But manager Gonzalo Pineda’s squad has been its own worst enemy in conceding early goals, allowing eight of its 33 total allowed this season inside the first 15 minutes.

The visitors were arguably the better team after halftime but couldn’t find the equalizer before Dejan Joveljic added insurance for LA deep into stoppage time.

“We are conceding goals in the first 10-15 minutes of the games and that’s becoming an issue that we are trying to address and we are trying to fix,” Pineda said. “So hopefully, this game we can go in at halftime with a clean sheet.”

The latter was left out of Pineda’s starting lineup last weekend, as was teenage winger Thiago Almada, though both came on at halftime.