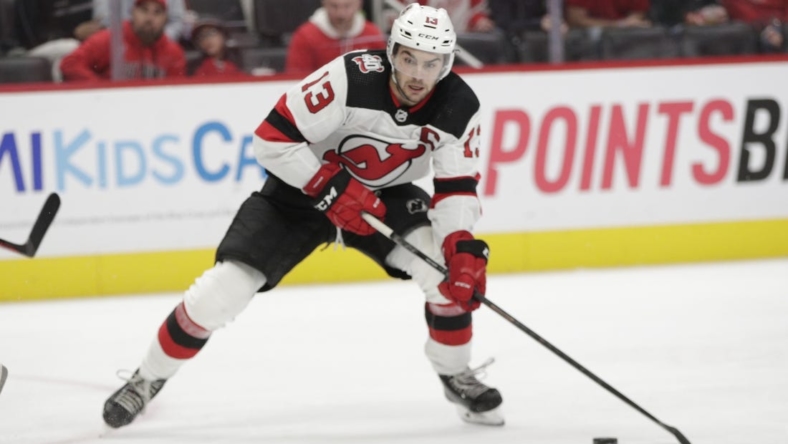 A shutout of the defending Stanley Cup champions proved to the New Jersey Devils they could compete with the best teams in the NHL.

Next up: Forgetting all about it.

The Devils will look to maintain their surge Sunday afternoon when they host the Columbus Blue Jackets in a battle of Metropolitan Division rivals in Newark, N.J.

Both teams were off Saturday after playing at home Friday night, when the Devils edged the Colorado Avalanche 1-0 and the Blue Jackets fell to the Boston Bruins 4-0.

The win was the fifth in the last six games following an 0-2-0 start for the Devils, whose first four wins came against teams that all missed the playoffs last season.

And while coach Lindy Ruff wanted his guys to quickly turn their focus to the Blue Jackets, he acknowledged that figuring out a way to beat the defensively sound Avalanche provided the Devils evidence they can contend. New Jersey has missed the playoffs in each of the last four seasons and eight times in the nine years since reaching the Stanley Cup Final in the spring of 2012.

The Devils produced just 23 shots — 13 fewer than their previous season low — but killed off all six of Colorado’s power plays, including two after Jack Hughes scored the game’s lone goal 2:59 into the third period.

Meanwhile the loss for Columbus continued a discouraging stretch as it approaches a pivotal early-season juncture. The Blue Jackets, who didn’t lead at all in being outscored 10-3 by the Bruins and Arizona Coyotes in a two-game homestand that concluded Friday, will follow up their visit to New Jersey by playing the Avalanche in Finland in a pair of Global Series games Nov. 4-5.

The Blue Jackets entered Saturday with the fewest points in the Eastern Conference (six) while allowing the most goals (37). They’ve also gone 0-for-23 on the power play — every other team in the NHL has at least one man-advantage goal — while allowing a pair of short-handed goals.