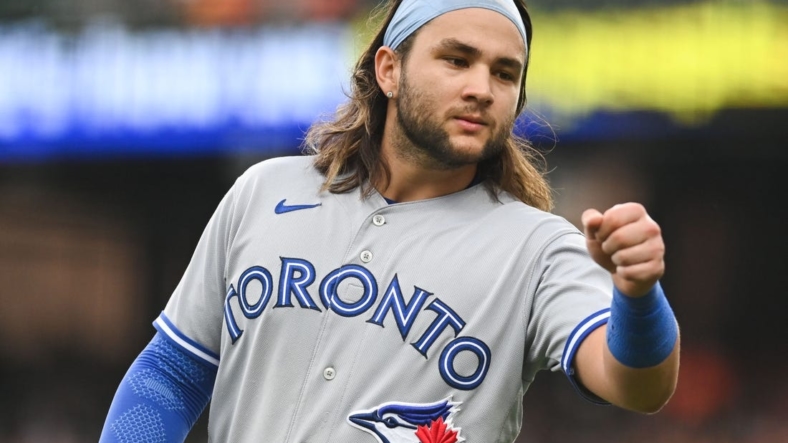 In pursuit of a playoff spot, the Toronto Blue Jays are heating up at the right time.

Winners of 10 of their last 12 games, the Blue Jays are aiming for a series sweep of the Texas Rangers on Sunday in Arlington, Texas.

Toronto (78-60) has taken the first two of the weekend series, including 11-7 on Saturday.

“We’re right there in the standings,” Blue Jays catcher Danny Jansen said. “It’s time now just to play each other and see what happens. That’s our thought, is to take each game one at a time. We know how important they are, but we’re not putting pressure on each other.”

“I think there’s something to be said about being able to slow the game down,” Bichette said during a pregame Blue Jays radio interview. “When the games matter a little bit more, the heartbeat is going. I think everybody deals with nerves, anxiety, things like that. Big moments. I think some people can slow it down a little bit better.”

Richards allowed a hit over two innings in a 4-1 win over the Pittsburgh Pirates on Sept. 3. He pitched one scoreless inning to pick up the win in a 4-3 victory over the Rangers on April 9.

While the Blue Jays are battling for a playoff spot, the Rangers are using these final few weeks to evaluate their roster.

The organization intends to give an extended look to third baseman Josh Jung, one of its top prospects.

The 24-year-old from Texas Tech made an immediate impact in his major league debut on Friday, homering in his first plate appearance. On Saturday, he had a double in four at-bats.

“First at-bat. To hit a home run for your first major league hit, that’s quite the accomplishment,” Rangers interim manager Tony Beasley said during his pregame radio segment. “I’m really happy for him.”

The decision to promote Jung created a roster decision for the Rangers. Rookie Ezequiel Duran had been getting a bulk of the playing time at third base.

Rather than keep Jung and Duran on the roster, Duran was optioned to Triple-A Round Rock, where he will get regular playing time.

Jung is the second player in Rangers’ history to homer in his first plate appearance. Jurickson Profar did it on Sept. 2, 2012.

“Good start,” Jung said. “Just got to keep going. I didn’t want to be too timid.”

Jung recalls playing at Globe Life Field in a preseason game in 2020, before the 60-game shortened season due to the pandemic. Against the Colorado Rockies, he took three strikes without swinging the bat.

“I think I took three straight fastballs and walked back to the dugout,” Jung said.

Jung didn’t want to repeat that in his MLB debut, and instead he circled the bases in his first at-bat.