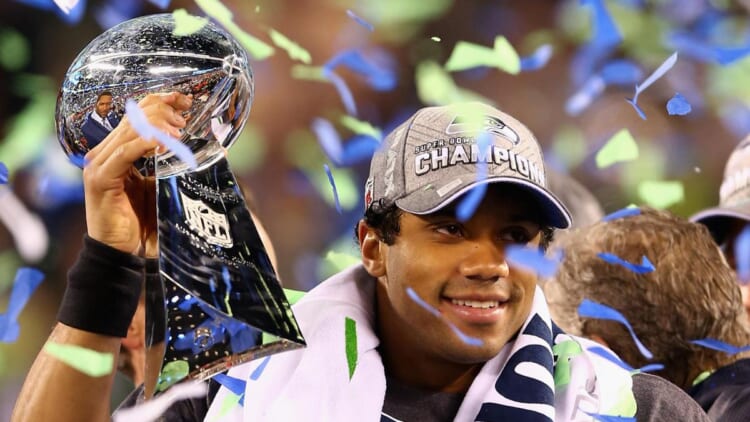 Courtesy of USA Today: A second straight Super Bowl could start a dynasty in Seattle.

It’s no secret that Super Bowl ticket prices can get ridiculously overpriced. But one fan in New Jersey is arguing, in court, that the NFL has violated the state’s Consumer Fraud Act by selling too few tickets to the general public through a lottery, which resulted in fans paying well over face value for their tickets.

Josh Finkelman, a fan who said he overpaid for two tickets to the Seahawks-Broncos game in Super Bowl XLVIII at MetLife Stadium, has filed a lawsuit that will be heard by the New Jersey Supreme Court. According to Jan Hefler of the Philadelphia Inquirer, Finkleman filed his lawsuit in federal court in Trenton, “saying he paid $2,000 for each ticket through a broker, though each ticket had a face value of $800.”

“Bruce Nagel, a Roseland attorney who represents Finkelman, said a 2001 New Jersey law protects consumers against inflated ticket prices by requiring vendors to sell 95 percent of their tickets directly to the general public. In Super Bowl XLVIII in New Jersey, he said, the NFL sold only 1 percent to the public through a nationwide lottery.”

The lawsuit has twice been dismissed by a federal judge, per the report, but an appellate court, after an appeal, asked the New Jersey Supreme Court to rule on the case. Nagel, who said this is a class-action lawsuit, expects the court will order the NFL “to pay hundreds of millions of dollars to people who paid more than face value for their tickets.”

Jonathan Pressment, a New York attorney who represents the league, has declined to comment on the lawsuit.