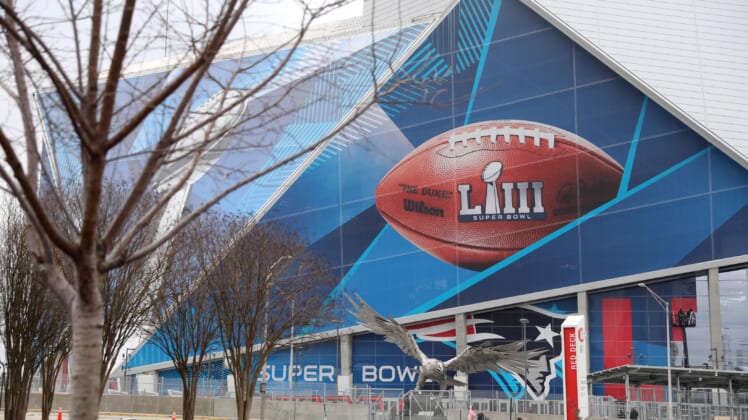 Been there. Done that. Early August as well. Respect to @RSince76! Both of us are now here at the end pic.twitter.com/WGTGuk9nrF

Both fans threw caution to the wind. The Patriots fan’s tattoo is more bold in terms of highlighting which Super Bowl is being featured. But the Rams fan’s tattoo is in a more conspicuous location, down on the forearm.

One of these two guys is going to eat some crow soon enough, while the other will have some serious bragging rights.

Speaking of bragging rights, check out what one fan laid down to land four seats at the 50-yard line next Sunday.