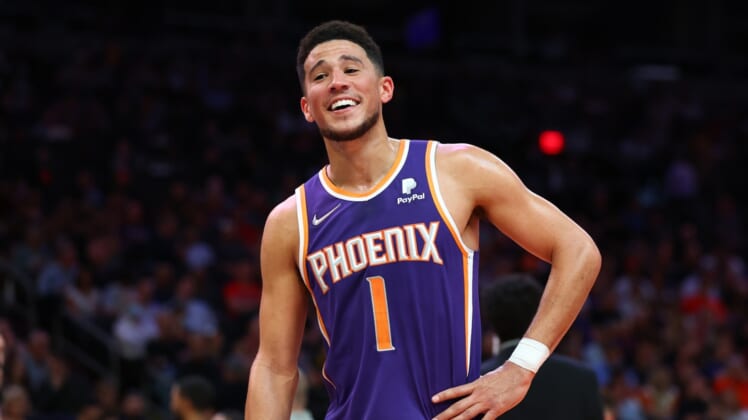 One night after earning a franchise-record 63rd victory, the Phoenix Suns are holding out four starters when they visit the Los Angeles Clippers on Wednesday night.

Star guards Devin Booker (lower back) and Chris Paul (right thumb), big man Deandre Ayton (right ankle) and forward Jae Crowder (right ankle) were ruled out of the contest against the Clippers. Paul’s absence is attributed to injury management — he fractured the thumb on Feb. 16 and has played in six games since returning from the injury.

All four players played Tuesday night when Phoenix notched a 121-110 home win over the Los Angeles Lakers to become the winningest team over a single season in franchise history.

Phoenix plays at the Utah Jazz on Friday night before concluding the regular season at home on Sunday against the Sacramento Kings.