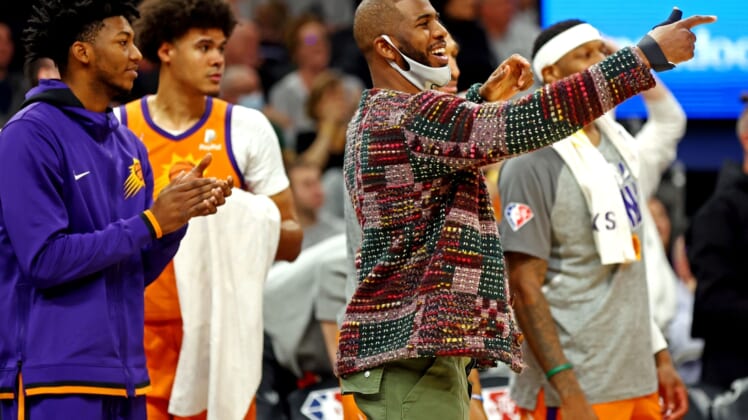 Chris Paul is expected to join the Phoenix Suns on their road trip this week and could play in Minnesota or Denver.

Paul participated in a pregame workout Sunday and the team had Monday off ahead of a trip to face the Timberwolves on Wednesday, the first leg of a back-to-back that ends Thursday against the Nuggets.

The 36-year-old last appeared in the All-Star Game for ceremonial purposes to record a statistic in the game and is recovering from a fractured right thumb sustained on Feb. 16.

With 10 games remaining on its regular-season schedule, Phoenix has an 10-4 record without Paul and is angling for a return trip to the NBA Finals after falling short to the Milwaukee Bucks in 2021.

Paul said during All-Star weekend in Cleveland that he wouldn’t rush his return but added “the second I’m able to play, I guarantee you I will be playing.”

Head coach Monty Williams said last week the Suns would follow Paul’s instincts for when he could be ready to go.

Without him, shooting guard Devin Booker has been the primary point guard.

Paul played in the first 58 games this season for the Suns. He is averaging 14.9 points and 4.5 rebounds, while his 10.7 assists per game lead the league.