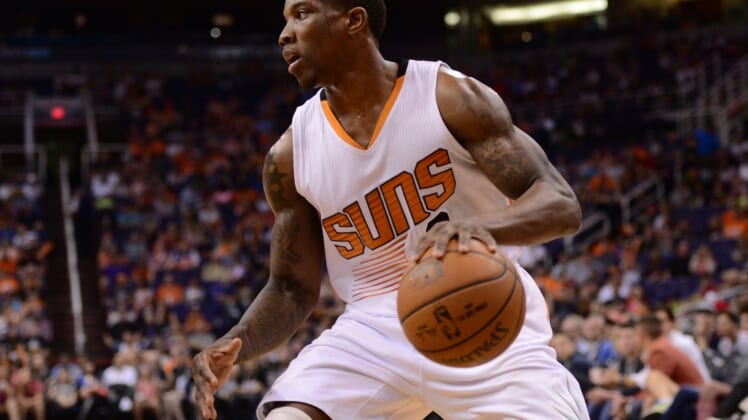 Courtesy of USA Today Sports: Would the Knicks even consider moving a top-five pick for Eric Bledsoe?

Boy, this thing really escalated quickly. On Sunday, Eric Bledsoe sparked up some stuff on social media when he tweeted randomly, “I don’t wanna be here.” Many people assumed he meant he was tired of playing for the Phoenix Suns, who started the season 0-3.

Apparently that list includes the Suns themselves, based on what general manager Ryan McDonough said after meeting with the shooting guard Monday morning.

McDonough RE: Bledsoe's tweet: "He said he was at a hair salon… I didn't believe that to be true. He won't be with us going forward."

It’s been reported that the Suns are actively working to move Bledsoe and are in conversations with multiple teams to make it happen. Clearly, by stating, “He won’t be with us going forward,” the Suns are done with Bledsoe. Period. End of story.

So, what’s going to happen if somehow someone saw Bledsoe at the hair salon on Sunday and has the proof? Inquiring minds really would like to know.