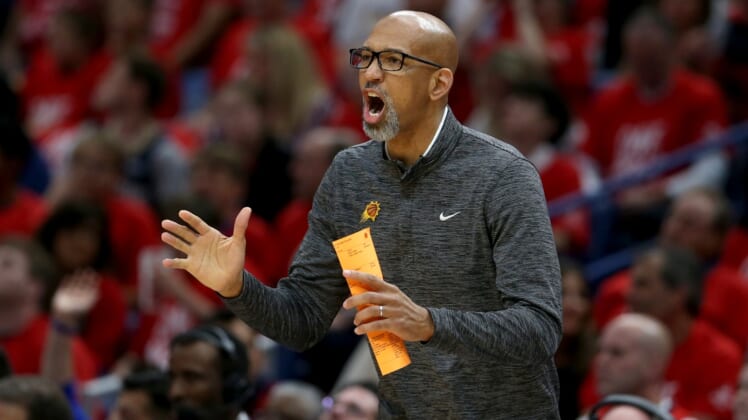 Phoenix Suns head coach Monty Williams was fined $15,000 by the NBA on Tuesday for public criticism of the officiating.

Williams’ comments came on the heels of the top-seeded Suns’ 118-103 loss to the eighth-seeded New Orleans Hornets on Sunday in Game 4 of their Western Conference first-round series. The teams are tied at two wins apiece heading into Game 5 on Tuesday in Phoenix.

Williams took issue with the Suns finding themselves on the business end of a 42-15 free-throw disparity in Game 4.

“Coaches shouldn’t have to come up to the microphone and feel like they’re going to get their heads cut off for speaking the truth,” Williams said. “It was 17-to-2 (free throw difference) in the first half. And then they end up with 42.

“That’s hard to do in a game like that. And it’s not like we don’t attack the basket.”

The Pelicans have attempted 119 free throws thus far in the series. The Suns, in turn, have 81 attempts.