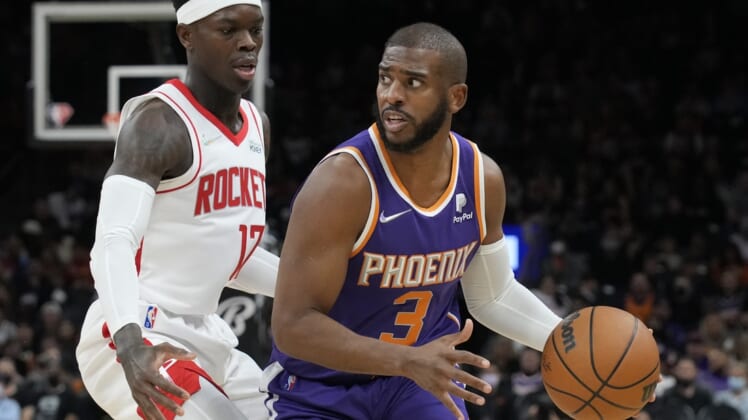 Phoenix Suns All-Star Chris Paul is listed as probable for Thursday night’s game in Denver after missing the last 15 games with a fractured right thumb.

Other than a ceremonial appearance in the All-Star Game, the veteran point guard has not played since suffering the injury on Feb. 16.

The Suns (59-14) enter the game against the Nuggets with the NBA’s best record, including an 11-4 record during Paul’s absence. Phoenix has won six straight and eight of its last nine.