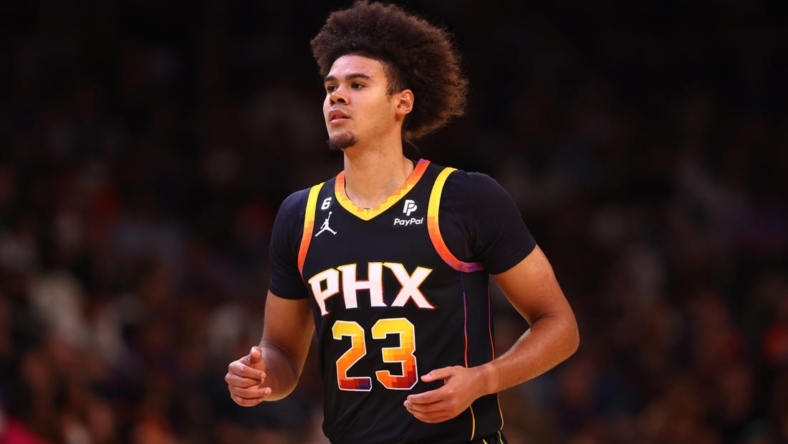 Phoenix Suns forward Cameron Johnson missed Saturday night’s game against the Portland Trail Blazers, with The Athletic reporting he has a torn meniscus in his right knee.

Suns coach Monty Williams declined to discuss the extent of the injury prior to Saturday’s game.

Johnson was injured in the first quarter of Friday’s game between the same two teams. He grabbed at the knee multiple times during the quarter and later was noticeably limping after trying to fight through a screen. He left the contest with 6:46 left in the period.

Johnson’s promotion to a starting role prior to training camp led to an impasse between former starter Jae Crowder and the Suns. The sides mutually agreed that Phoenix would trade Crowder but no deal has been consummated.