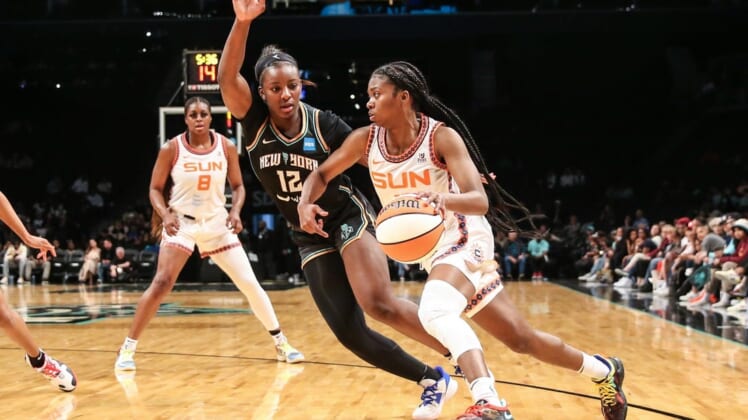 The Connecticut Sun, who were struggling heading into the All-Star break, return with a good opportunity to get back on track against the last-place Indiana Fever.

The visiting Sun can sweep the season series with a fourth straight win over the Fever, who have lost six in a row overall, on Wednesday afternoon in Indianapolis.

Connecticut (14-8) has dropped four of six, including an 82-71 defeat at Dallas on July 5 in its last game before the break. The Sun shot 43.1 percent in that contest and 41.2 percent with just 29 made 3-pointers over the last six.

“We haven’t shot the ball well,” Sun coach Curt Miller told The Day. “People pick their poison with our post game, and they crowd the paint and force us to make shots.”

Connecticut, though, shot 47.3 percent while winning its three previous 2022 games against Indiana (5-19) by an average margin of 16.3 points. Jonquel Jones has averaged 16.0 points and fellow Sun star Alyssa Thomas 15.3 this season against the Fever.

The Fever, relying on a host of rookie contributors, dropped their last two games — both at home — to Seattle and Chicago by a combined 31 points.

“We have to come in and approach the remainder of this season as if our life depends on it,” interim Fever coach Carlos Knox told The Indianapolis Star.

“I just feel like as a staff, as a unit, we are going to have to put our heads together and think of a way that our team can consistently come out and give us a great 40 minutes,” Knox said.

Though the Fever have showcased talented rookies like NaLyssa Smith (13.2 points, 8.2 rebounds per game), Kelsey Mitchell (19.0 points) remains the team’s star. She has scored at least 20 in five of the last six games, but two of the four times Mitchell has been held to fewer than 10 points this season came against Connecticut.