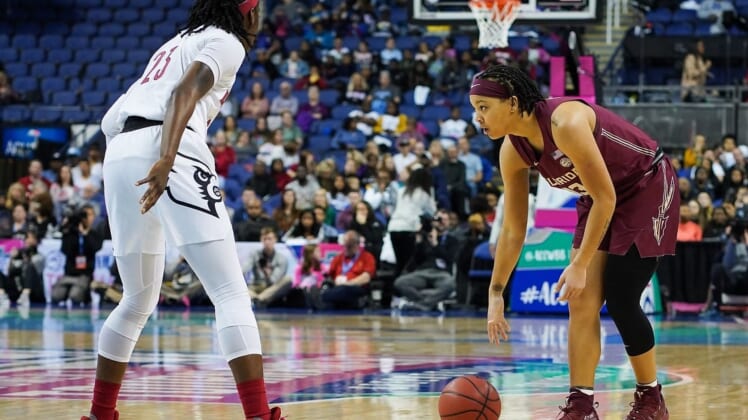 Guard Jazmine Jones signed a contract with the Connecticut Sun on Wednesday.

Terms of the deal were not disclosed by the team for Jones, who averaged 5.9 points, 2.4 rebounds and 1.1 assists in 27 games off the bench for the New York Liberty last season.

Jones, 25, was claimed by the Indiana Fever in February. She participated in training camp before being waived by the club in April.

Jones has averaged 8.0 points, 3.1 rebounds and 1.6 assists in 47 career games (two starts) since being selected by the Liberty with the 12th overall pick in the 2020 WNBA Draft.