Sun G Jasmine Thomas out for season with ACL tear 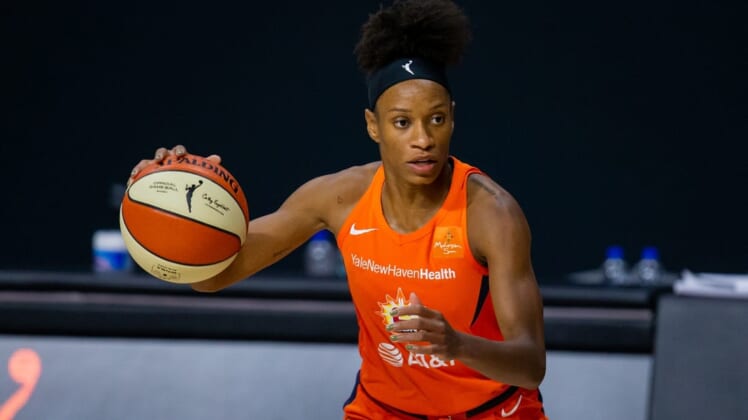 Connecticut Sun point guard Jasmine Thomas will be sidelined for the remainder of the 2022 WNBA season after suffering a torn ACL in her right knee.

Thomas went down in the first quarter of Sunday’s game against the Indiana Fever and did not return to the court. The Sun announced Thomas’ injury diagnosis on Tuesday, saying she will have reconstructive surgery.

“Of course, I’m sad that I won’t be able to continue playing on the court with this special team,” Thomas said in a statement. “Everyone has been supportive and uplifting, and I’m just preparing mentally and emotionally to attack my recovery. I will continue to be a vocal leader and support my team from the sidelines. They’re incredible and I’m excited about what they’re going to achieve.”

Thomas, 32, is the second-longest tenured Sun player, having been with the franchise since 2015. Ranking among the franchise leaders in scoring, assists and steals, she signed a multiyear deal with Connecticut before the 2021 season. Thomas was an All-Star in 2017 and has been named to the league’s All-Defensive Team five times.

In eight seasons with the Sun, Thomas has averaged 11.2 points, 4.5 assists and 2.8 rebounds per game while shooting 39 percent from the floor.

The Sun, 4-1 this season, have reached the WNBA semifinals or further in each of the past three seasons.