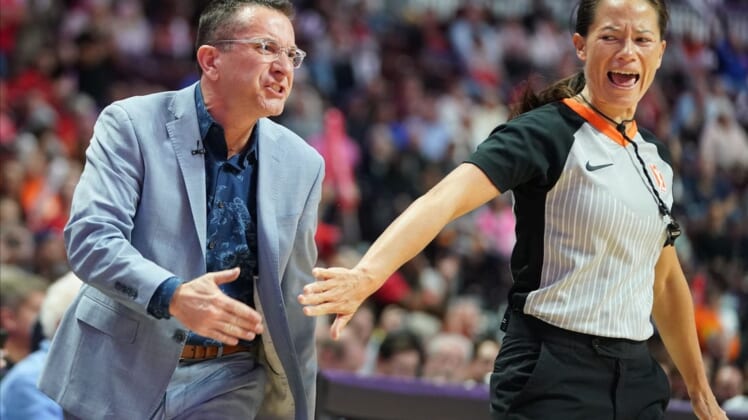 Connecticut Sun head coach Curt Miller and assistant Brandi Poole have been ruled out of Saturday’s game against the visiting Washington Mystics due to health and safety protocol.

Assistant coach Chris Koclanes will serve as the head coach for the Sun (5-2).

The Mystics (6-2) will be shorthanded as well on Saturday. They will be without two-time WNBA MVP Elena Delle Donne (rest) and fellow forward Alysha Clark (health and safety protocol).