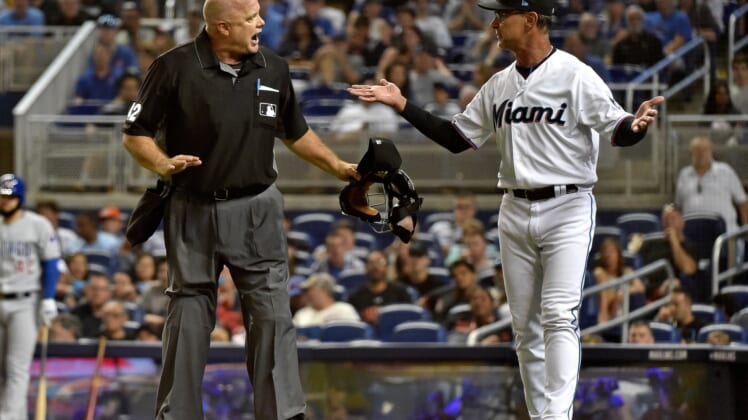 If you’re a proponent of robot umps taking over at the MLB level, then a new study put together by graduate students at Boston University will strengthen your stance.

The information garnered by this study, which evaluated nearly four million pitches over the span of the last 11 MLB seasons, is stunning.

“In 2018, MLB umpires, made 34,294 incorrect ball and strike calls for an average of 14 per game or 1.6 per inning,” per the study. “Many umpires well exceeded this number. Some of these flubbed calls were game changing.”

Per Mark T. Williams, writing on theconversation.com, the data was “collected by MLB-owned Statcast and Pitch f/x, was sorted, formatted and superimposed on a standard strike zone map.”

The folks doing this study then used the information to grade umpires.

“Botched calls and high error rates are rampant. MLB home plate umpires make incorrect calls at least 20% of the time – one in every five calls. In the 2018 season, MLB umpires made 34,246 incorrect ball and strike calls for an average of 14 per game, or 1.6 per inning. Last season, 55 games – 2.2% of the total played – ended with an incorrect call.

“When batters had two strikes, the error rate for all umpires increased – incorrect calls happen 29% of the time, almost double the error rate when the batter had one or no strikes.”

Furthermore, the study found that younger, less-experienced umpires actually were much more accurate than tenured veterans. Williams noted that the “top performers between 2008 and 2018 had an average age of 33 years old and had less than three years of experience at the big league level.”

So, the next time your favorite player gets ejected for arguing a call at the plate, it’s worth noting he might have a good argument.