Struggling Ducks look to find their way vs. Maple Leafs 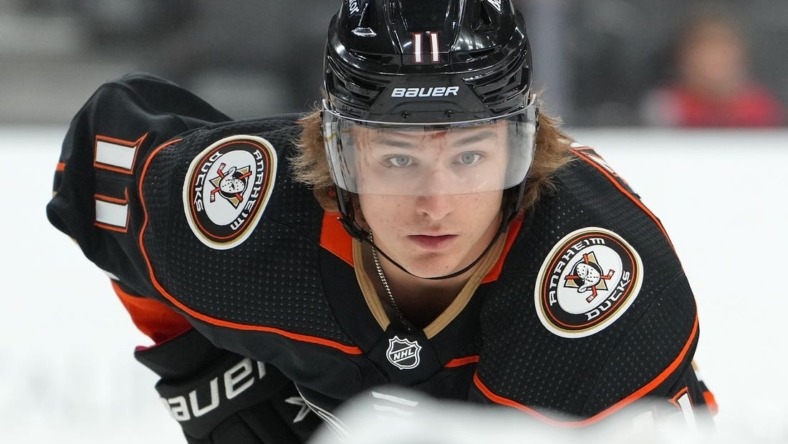 The Anaheim Ducks hope a return home to play the Toronto Maple Leafs on Sunday leads to an end of their seven-game winless streak.

The Ducks have an 0-6-1 record during that stretch following their 5-4 victory over the visiting Seattle Kraken on Oct. 12 in the season opener.

Anaheim has played only one other home game this season, a 4-2 loss to the Tampa Bay Lightning on Wednesday.

The Ducks followed that up with a 4-0 setback versus the Vegas Golden Knights on Friday.

The Maple Leafs lost 4-2 to the Los Angeles Kings on Saturday to fall to 1-2-1 on their five-game road trip.

In their loss to Vegas, the Ducks lost defenseman Jamie Drysdale to an upper-body injury in the second period.

“As a young guy, he’s starting to play well, getting on the power play,” Ducks defenseman Kevin Shattenkirk said of the 20-year-old Drysdale. “We have to make sure we keep his spirits up. It’s just on the rest of us to fill in.”

The Ducks are trying to stay positive.

“All you’ve got to do is live in the present,” Ducks forward Max Jones said. “Learn from the mistakes. Stay up. Stay positive. You don’t want to start getting into the negative. As soon as that happens, it’ll spiral.”

“I’m not sure the mood’s bad,” Ducks coach Dallas Eakins said. “I think everyone just assumes that. It’s not like we’re in here baking cakes and having a party.

“… Yeah, we should feel some pain when you’re not winning. That’s a good thing to do. The ‘but’ is that streaks for me are for stats people and, don’t take this the wrong way, media. In the end, streaks don’t mean anything.”

The Maple Leafs posted a 4-1 win over the Winnipeg Jets in the opener of their trek west on Oct. 22 before falling short in three straight games (0-2-1).

“We need to (get it) back. Hard to say (why), but whenever you’ve lost three games in a row, for sure your confidence will be lowered. We don’t have smiles.”

Pierre Engvall and captain John Tavares each scored a goal for Toronto on Saturday.

“We don’t lack confidence as a team, we just have to execute,” Maple Leafs coach Sheldon Keefe said. “You encourage your team to be good in each moment, because you never know if that’s going to be the one that makes the difference in the game.

“You’ve got to give some credit to the opposition. For the most part, we’re getting the other team’s best version of themselves. L.A. was coming off a loss and we knew they’d be dialing up defensively after giving up six.”

“They made it hard for us on the wall, yet at 5-on-5 it’s pretty even. The difference was special teams,” Keefe said. “And we give them gifts for goals.”

Tavares moved within five goals of 400 for his career after scoring on a power play at 10:45 of the first period. He has three goals and two assists on his four-game point streak.