Strong first half propels No. 10 USC to win over Stanford 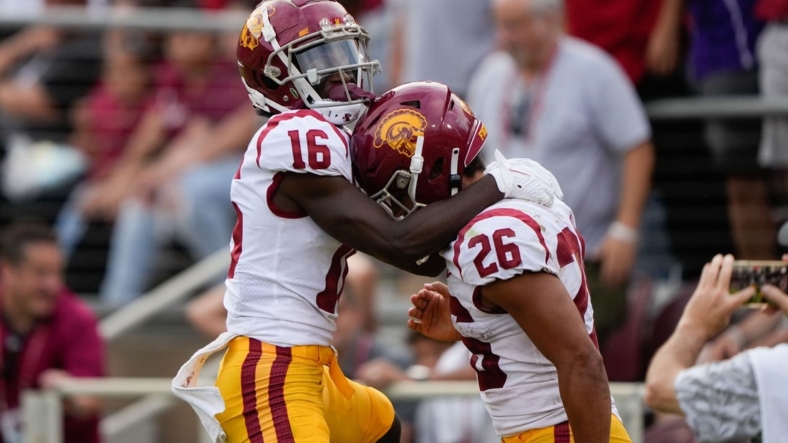 Tenth-ranked Southern Cal capitalized on four turnovers and built a 27-point cushion, which was enough to endure a sluggish second half in a 41-28 win over host Stanford on Saturday.

The Trojans (2-0, 1-0 Pac-12 Conference) scored touchdowns on all five of their first-half possessions, four coming on Caleb Williams passes. Williams hooked up with Jordan Addison for two of those scores, including a 75-yarder.

Williams finished 20-of-27 passing for 341 yards in the league opener for both teams.

The Cardinal (1-1, 0-1) never recovered from their three unsuccessful trips into the red zone and fell behind 41-14 late in the third quarter.

Stanford shut down the USC offense after intermission, however, allowing only two Denis Lynch field goals in the second half.

Stanford gained 441 yards of offense with an almost 50-50 split of 220 McKee passing yards and 221 rushing yards, paced by Smith’s 88. Smith rushed for a touchdown and Casey Filkins, who carried for 77 yards, added another.

McKee rushed for one touchdown and passed for another to Smith. Stanford converted 33 first downs to USC’s 24, but the Trojans outgained the Cardinal, with 505 yards.