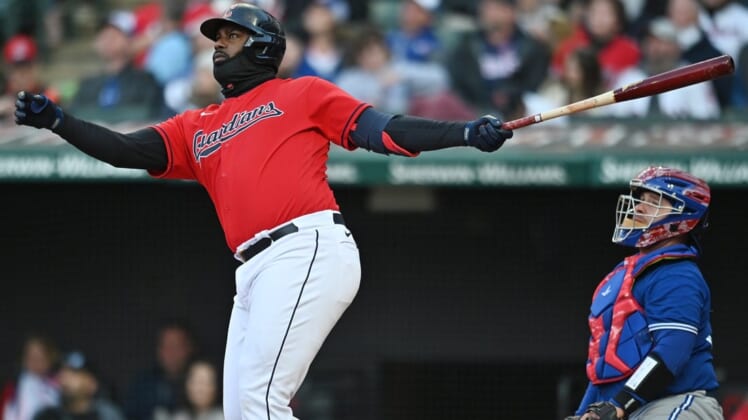 The Cleveland Guardians, 13-4 in June, activated slugger Franmil Reyes and right-handed starter Aaron Civale from the IL Tuesday in advance of the team’s series opener at the Minnesota Twins.

The Guardians (34-28) trailed the Twins by a game in the American League Central standings entering Tuesday.

Reyes had an MRI on May 26 that revealed a mild hamstring strain. He began a rehab assignment with Triple-A Columbus on June 14. In five games with Columbus, Reyes went 9-for-21 (.429) with two home runs and six RBIs.

Civale, placed on the IL May 25 due to left glute cramping, was activated and slated to start Tuesday’s game. He struggled during the first couple of months of the season and owns a 2-3 mark with a 7.84 ERA over seven starts.

He has 30 strikeouts in his 31 innings of work.

Civale, 27, made his second rehab start June 15 for Columbus, striking out seven hitters in 4 2/3 innings. He allowed one unearned run on two hits, a walk and two hit batsmen.

The Guardians also welcomed Jose Ramirez back to the lineup for Tuesday’s game after he missed two games with a sore right thumb. Ramirez leads the AL with 62 RBIs and is leading the majors (tied with Mike Trout) with a 1.039 OPS.