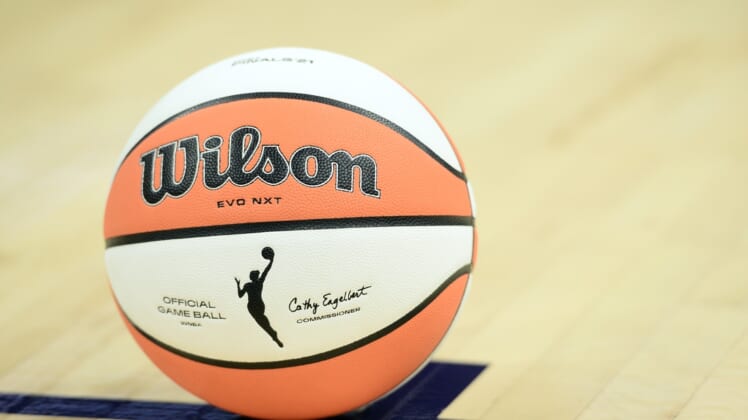 Ezi Magbegor scored a game-high 21 points as the host Seattle Storm held off the Chicago Sky 74-71 on Wednesday night.

Chicago’s Allie Quigley missed a three-pointer at the buzzer that would’ve sent the game to overtime. The Sky scored the game’s final nine points to give them a shot.

Magbegor, who scored mostly in the post and on fast-break layups, made 9-of-13 shots from the floor.

The Sky (2-2), the reigning league champions, were led by Azura Stevens, who scored 18 points. Courtney Vandersloot had a double-double with a game-high 12 assists and 11 points.

Emma Meesseman and Candace Parker each added 11 points for the Sky, and Quigley had eight points.

Chicago, which had its two-game winning streak broken, was without reigning league-Finals MVP Kahleah Copper, who has just finished her overseas season in Spain.

Seattle led 23-22 after the first quarter. There were three tie scores and two lead changes in that tightly contested period.

Magbegor led all first-half scorers with 13 points. Stevens had 11 points for Chicago.

Chicago won the third quarter – but barely. Seattle led 58-49 heading into the fourth.

Seattle led 74-62 with 2:28 left in the game. Parker scored seven points in the final 89 seconds in her attempt to rally the Sky.