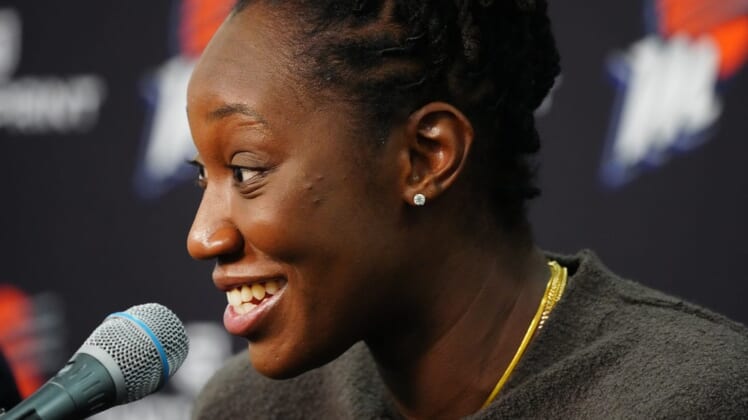 The Seattle Storm signed eight-time WNBA All-Star Tina Charles for the rest of the season on Tuesday.

“We are excited to add one of the premier players in our league to our roster,” Storm coach Noelle Quinn said. “Tina is a prolific scorer who brings veteran experience and adds depth to our front court. We look forward to seeing the immediate impact she can make for our team.”

Terms were not disclosed. The 33-year-old center will wear uniform No. 31 and will be available for Wednesday night’s game against the visiting Las Vegas Aces.

Charles and Storm teammates Sue Bird, Breanna Stewart and Jewell Loyd helped Team USA win a gold medal at the Tokyo Olympics in the summer of 2021.

Charles parted ways Saturday with the Phoenix Mercury in a mutual decision. She averaged 17.3 points and 7.3 rebounds in 16 starts for Phoenix this season.

The 2012 WNBA MVP signed a one-year contract with the Mercury in February after leading the league in scoring last season with the Washington Mystics.