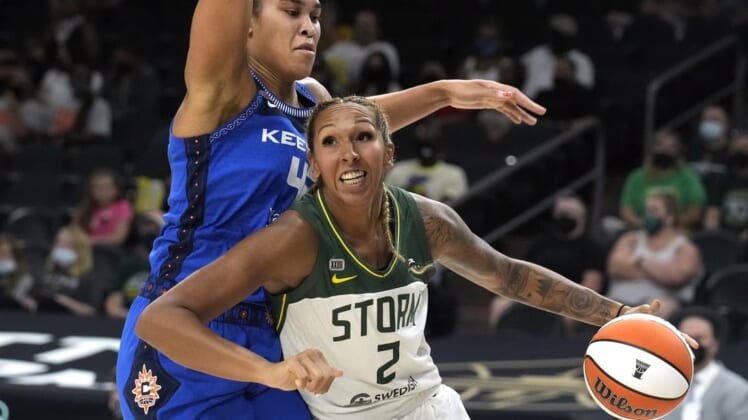 Seattle Storm center Mercedes Russell will miss the remainder of the season after undergoing a procedure to treat recurring headaches.

The team announced the news on Thursday.

Russell appeared in only five games this season and averaged 10.8 minutes, 2.0 points and 1.8 rebounds. She has been out of the lineup since June 12.

The Liberty drafted her in the second round in 2018 but released her after two games.