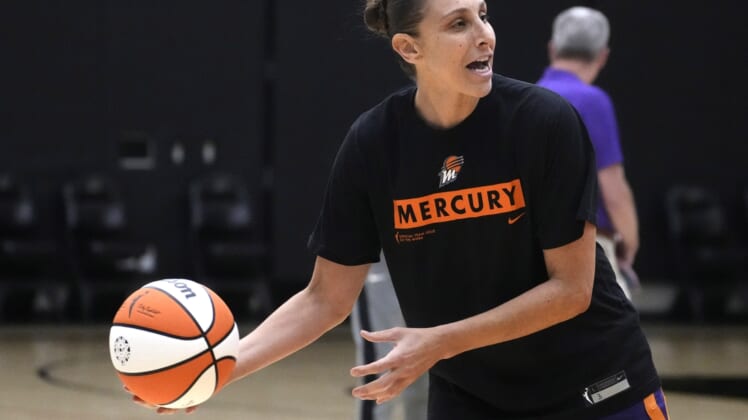 The Seattle Storm and the Phoenix Mercury have one thing in common as they prepare to meet Wednesday night in Phoenix.

They are both trying to bounce back from losses to the Las Vegas Aces.

The Mercury haven’t played since losing their season opener to the visiting Aces 106-88 on Friday. The Storm had an impressive 23-point home win against Minnesota to begin the season, but had a poor fourth quarter in an 85-74 road loss to the Aces on Sunday.

The Storm, who scored 97 points in their opener, saw their starters outscored by the Aces’ starters 79-51.

“The starters, we have to be better,” said Breanna Stewart, who did her part by scoring a team-high 21 points. “That’s really it.”

Seattle took a one-point lead into the fourth quarter, but got outscored 27-15 in the final 10 minutes.

“Just not as sharp in that time of the game,” Storm coach Noelle Quinn said. “Offensively, when we struggle, we’ve got to hang our hats on defense and rebounding. We weren’t locked in on the schemes at the end.”

Phoenix fell behind Las Vegas 31-17 after one quarter and never made a serious run.

“Defensively, I thought in the first half, we didn’t give a lot of resistance,” Mercury guard Skylar Diggins-Smith said. “There were uncontested shots.

“The 31-17 start killed us, but then in the second half we played them (almost) even. They shot the lights out of the ball so we were playing a lot in the halfcourt and we didn’t make a lot of shots so they were in transition.”

The Mercury were outrebounded 38-26 and Diana Taurasi and Jennie Simms led them with just four boards each.

Phoenix hopes to get a boost from the expected return Wednesday of forward Brianna Turner and guard Diamond DeShields, who have completed their overseas commitment in Italy.

The Mercury and Storm also square off Saturday in Seattle.