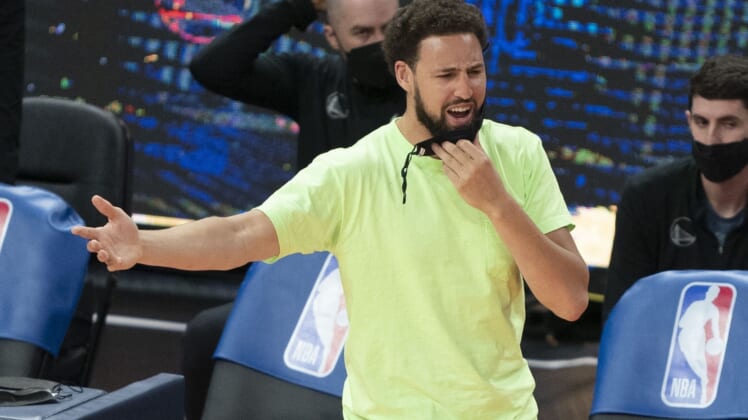 Klay Thompson’s return to the court remains without an official target date.

The Warriors released an update Monday on the progress of Thompson, who missed the last two seasons due to a torn left ACL and a torn right Achilles. Golden State opens training camp on Sept. 28.

“Klay Thompson, who has missed the last two seasons due to a torn left ACL and a torn right Achilles, has made good progress during his rehabilitation over the course of the summer and is on pace to return for the 2021-22 season,” the Warriors said on Twitter.

“The exact time for his return this season will be based on his continued progress. Klay, who underwent surgery on his right Achilles on November 25, 2020, is expected to participate in various controlled drills during training camp.”

Thompson, 31, tore his ACL in the NBA Finals against the Toronto Raptors in June 2019 and has not played since.

A three-time NBA champion, Thompson owns a career average of 19.5 points in 615 games over his eight NBA seasons. He has a career shooting percentage of 41.9 percent from 3-point range.

In other Warriors news, 20-year-old center James Wiseman won’t be ready for the start of the season after right knee surgery on April 15.

The Warriors said that Wiseman, who underwent surgery to repair a torn meniscus, is expected to be cleared for jumping on Oct. 15. The team said Wiseman may be cleared for individual shooting and other individual activities during training camp.