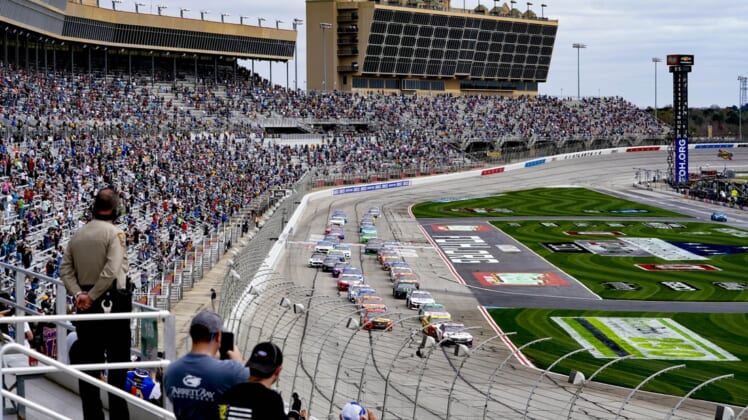 The second-year driver guided the No. 10 Ford to a 0.291-second victory over Matt Bussa in the third race of the season. The result somewhat made up for a heartbreaking result in the season-opening race.

Wilson, from Cedar Rapids, Iowa, had come in third at a virtual Daytona International Speedway, winding up 0.011 seconds back of winner Femi Olatunbosun and 0.002 seconds behind Garrett Manes in a three-wide finish.

Olatunbosun and Wilson, who are teammates, give the series two first-time winners through three events.

“It feels awesome,” said Wilson, whose strategy of staying out when other competitors pitted for new tires paid off. “I just think that those old tires really held on well for a lap or two, and honestly that was more than what we expected.”

After Bussa in the No. 75 car, Michael Guest came in third place in the No. 9 car, giving Ford a sweep of the top three places. Rounding out the top five were two Chevrolets, Nick Ottinger in the No. 25 and Briar LaPradd in the No. 88.

The eNASCAR Coca-Cola iRacing Series is back in action March 29 with a race at a virtual Richmond (Va.) Raceway.