On Wednesday night, Tampa Bay Lightning captain Steven Stamkos became the latest member of a professional sport’s most prestigious group, the NHL 500-goal club. After scoring his milestone goal, he becomes just the 47th member of the club and only the third active player on the list behind Alex Ovechkin (810 goals) and Sidney Crosby (538 goals).

As of Wednesday night, 37 of the players in the group are members of the Hockey Hall of Fame, and most have won at least one Stanley Cup during their careers. Of course, this milestone is just another feather in Stamkos’ cap since he’s already a two-time champion and this goal further solidifies his place among the game’s greats.

We could take another deep dive into the 500-goal club, only repeating facts many people have written about for decades. However, writing about other people’s achievements takes away from the man of the hour and his special night. Instead, we will highlight all the milestone goals that got him to this moment.

Stamkos was just 18 years old when he made his NHL debut, during the 2008-09 season, a few months after being the first-overall selection in that summer’s draft. Despite going pointless in his first seven games, he earned an assist in game eight before scoring two goals against Ryan Miller and the Buffalo Sabres on Oct. 30, 2008.

The Lightning’s leading goal scorer potted his first goal on the powerplay at HSBC Arena thanks to a setup by franchise icons Vincent Lecavalier and Martin St. Louis. Additionally, Stamkos would tally eight career goals on Miller, with this first goal the only one that came on the man advantage.

After playing in the league for two seasons, including a league-leading 51 goals in his sophomore campaign, Stamkos fired home his 100th goal in a game against the Carolina Hurricanes on Dec. 12, 2010. Of course, he scored another milestone goal on the powerplay, something that’s been synonymous with the star throughout his career. In front of his hometown fans, he beat Justin Peters to reach the new plateau thanks to assists from Teddy Purcell and St. Louis.

Stamkos followed up his career year of 51 goals with 45 in 2010-11 before setting a career-high with 60 goals in 2011-12 to win his second Maurice “Rocket” Richard Trophy in his fourth season.

On the cusp of another milestone, Stamkos scored goal number 200 into an empty net against the Philadelphia Flyers on Mar. 18, 2013. Unbelievably, the assists on this goal were from Alex Killorn and St. Louis again. Interestingly, St. Louis would eventually leave the Lightning in 2014, he did assist on 101 of Steven Stamkos’ goals while they were teammates. 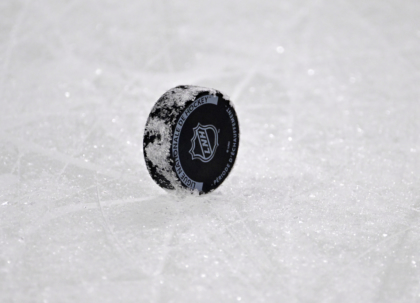 Steven Stamkos celebrates his 26th birthday with a belated gift

The native of Markham, Ontario, Canada, was born on Feb. 7, 1990. It only seemed fitting that after celebrating his 26th birthday, he scored career goal No. 300 on Feb. 20, 2016. Stamkos’ newest milestone goal came against Jeff Zatkoff and the Pittsburgh Penguins, thanks to assists from Alex Killorn and Matt Carle. Interestingly, it would be only one of two goals he ever scored against Zatkoff, who played in the league from 2014-2017.

After a few down seasons, which included a campaign with only nine goals in 17 games, many people wondered if the guy who once scored 60 goals would ever get 400, let alone 500 goals. Eventually, he bounced back with 27 goals in 2017-18 and then netted 45 goals in 2018-19, reaching the 40-goal mark for the fifth time in his career.

Furthermore, by this time, he had already become the Lightning’s all-time leading scorer with goal No. 384 in March 2019, surpassing Lecavalier, who had been in the top spot since 2013.

Stamkos finishes his long journey into the 500-goal club

On Jan. 18, 2023, Stamkos became the newest member of the 500-goal club, a moment1,404 days in the making. In a game against the Vancouver Canucks, he scored the game’s first goal (No. 500) against Spencer Martin, with another milestone assist from Killorn.

Between his 400 and 500 goals, Stamkos won back-to-back Stanley Cup championships, putting to bed any doubts that he was a leader who couldn’t win the ultimate prize. Interestingly, the Lightning won their first title in the bubble, where the teams that qualified for the playoffs played in host cities in Canada. Furthermore, lately, he’s overcome a lot of adversity to lead the Lightning to three consecutive title games and net his sixth 40-goal season in 2021-22.

Surprisingly, Stamkos is only 32 years old and could play for a few more years, either retiring with the Lightning or finding a home in a new city. No matter what he achieves right now or in the future, he is the best player in the history of the Lightning franchise and has earned his plaque at the Hockey Hall of Fame.

Furthermore, the debates will now shift to whether he can reach 600 or even 700 goals. However, before we get into that, we should appreciate Stamkos’ special night because they are less common than they used to be.